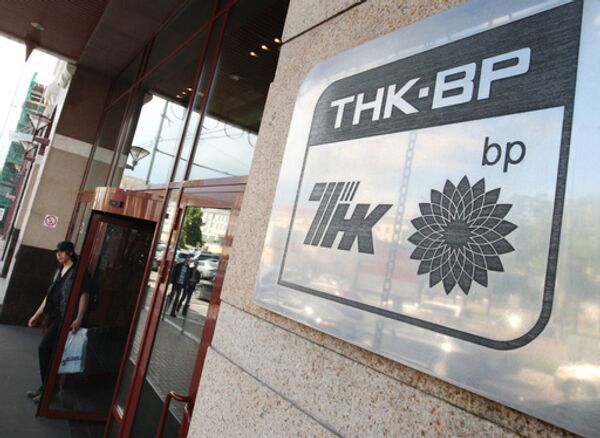 The Russian-British joint oil venture TNK-BP has confirmed its readiness to sell a huge Siberian gas field after several years of attempts to recoup its investments, a business daily reported on Wednesday.

TNK-BP, a highly lucrative 50-50 joint venture between the British major BP and four Russian billionaires, announced on Tuesday it was set to sign a deal by year's end with Rosneftegaz, the principal shareholder in Russia's largest oil company Rosneft, on selling the Kovykta gas condensate field in the Irkutsk region in eastern Siberia for $700-900 million, Kommersant reported.

TNK-BP has attempted to sell the Kovykta gas condensate field for almost three years, although in the summer of 2007 it agreed with Gazprom on its sale for $0.9.1 billion, the paper said.

However, the 2008 global financial and economic crisis prompted Gazprom to revise its plans and put the deal on hold. TNK-BP sees no reason to develop the deposit on its own, considering that Gazprom has been Russia's sole exporter of gas since 2006, while natural gas prices inside Russia make gas sales on the domestic market unprofitable, the paper said.

Even though TNK-BP has been unable to launch the Kovykta gas field with estimated reserves of 1.5 trillion cu m into large-scale development and is producing only 30 million cu m annually instead of 9 billion cu m as stipulated by the license, it has invested $664 million in the deposit, according to the company's report.

After Gazprom showed its unwillingness to buy the deposit, TNK-BP made another attempt to get its money back and requested the Russian government to help in the sale of the gas deposit field. The idea found support with Deputy Prime Minister Igor Sechin, who said that Kovykta could be bought by Rosneftegaz, the company where he chairs the board of directors.

The Russian government has had the possibility to get Kovykta back for free, considering TNK-BP's failure to produce the amount of gas required by the license.

Russia's Natural Resources Ministry initiated a series of audits into compliances with the license agreement, which exposed breaches by TNK-BP in terms of gas production volumes.

However, if the license had been revoked, the investor would have lost the funds spent on the project, a move that would have likely damaged the investment climate in the country, the paper said.

Sechin said some two weeks ago that it was necessary to "take into account the expenses incurred by the operator of the natural deposit," adding that there could be no talk about "outright expropriation" of the asset, the paper said.