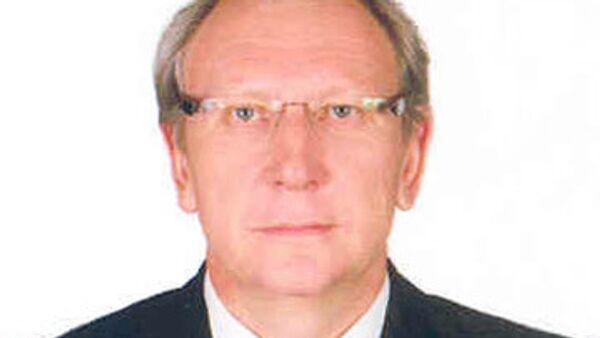 © Photo : by http://www.mos.ru
Subscribe
A criminal case was opened against Moscow Mayor Yury Luzhkov's deputy Alexander Ryabinin on suspicion of extortion, the Russian Investigative Committee said on its website.

A criminal case was opened against Moscow Mayor Yury Luzhkov's deputy Alexander Ryabinin on suspicion of extortion, the Russian Investigative Committee said on its website.

Ryabinin, who chairs Moscow City Hall's Control Committee and oversees the lucrative construction sector in the city, is accused of abuse of office in attaining property assets.

The investigative committee's statement said that Ryabinin had forced a businessman working in a construction sector to transfer nonresidential property of more than 200 square meters in a building in central Moscow into the ownership of Ryabinin's daughter. According to the statement, Ryabinin threatened the businessman he would block his projects that were to be approved by the control committee.

The investigative committee refused to reveal the name of the businessman or the address of the property.

The Moscow News has cited political analysts who said the case appeared to be an attempt by the Kremlin to unseat Mayor Luzhkov who was hit by a series of scandals over the past year, including several that were orchestrated by the federal government.

"Ryabinin was like a stick in the spokes for many builders," the prefect of Moscow's northern district, Oleg Mitvol, said. "I do not know the details of the case but I was expecting some sort of provocation towards him," Mitvol continued.

Ryabinin remains free on his own recognizance. The investigation is ongoing. If convicted Ryabinin could face up to three years imprisonment.