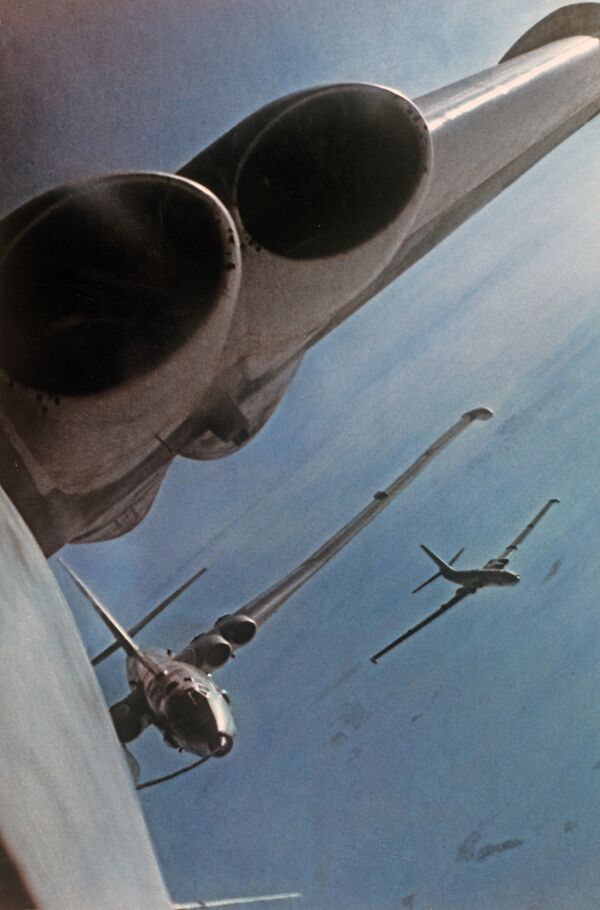 Russia's United Aircraft Corporation (UAC) said on Monday it does not plan to enter a lucrative contract to replace the U.S. Air Force's fleet of aerial tankers.

John Kirkland, a U.S. lawyer, told various news media last week that UAC would announce a joint venture on Monday with a small U.S. defense contractor to enter the bidding for the $35-bln KC-X aerial tanker deal against Europe's EADS and Boeing Co.

"The company officially announces that the media reports referring to John Kirkland's statement about the UAC participation in the tender to deliver aerial tankers to the U.S. Air Force are false," the UAC said in a statement.

"The UAC does not plan either to take part in this tender or set up a joint venture [to build aerial tankers]," the statement quoted UAC President Alexey Fedorov as saying.

The KC-X tanker tender has a long and complex history.

The U.S. Air Force has been trying for nearly a decade to replace its fleet of obsolete Boeing-built KC-135 Stratotanker aerial tankers.

EADS won a deal in 2008 to build an initial 179 KC-X tankers, but it was cancelled after Boeing successfully appealed the decision to congressional auditors.

Boeing's main competitors, Northrop Grumman and EADS announced on March 8 that they would not compete for the tanker plane contract, saying the bidding rules were skewed in favor of Boeing.

However, EADS said last week it could still consider entering the bid after the U.S. Department of Defense had indicated that it would welcome the EADS participation in the competition as prime contractor and could extend a deadline for EADS bidding proposal for 90 days.

Kirkland said in his announcement last Friday that the Russian participation in the KC-X tender was discussed during Hillary Clinton's meetings with Russian President Dmitry Medvedev and Prime Minister Vladimir Putin last week in Moscow.

He also said the KC-X could be based on a wide-body version of UAC's Il-96 aircraft.

But Putin's spokesman Dmitry Peskov told the Kommersant newspaper on Monday that the issue had never been raised during the meeting. Medvedev's spokeswoman Natalia Timakova also denied the rumor.

The UAC source suggested that the announcement made by Kirkland could be an attempt to heat up the competition and use the Russian company as a back-up participant in the tender in case Boeing remains the sole bidder.

Russian aircraft industry and military experts agree that even if Russia took part in the tender it would be unlikely to win because the Il-96 is inferior to comparable Boeing and EADS aircraft and Russia's aircraft industry does not have the capacity to produce 179 planes of this class "in the foreseeable future."

Panteleyev said that even the titanium that Boeing buys in Russia is used to build civilian aircraft.

Both Russian and Western analysts agree, in general, that the deal is unrealistic, primarily for political reasons.