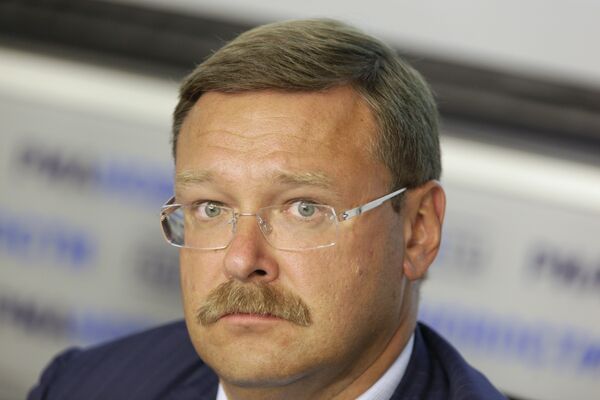 Konstanin Kosachyov, the head of Russian parliament's International Affairs Committee, said the co-rapporteurs from the Parliamentary Assembly of the Council of Europe, David Wilshire and Matyas Eorsi, will visit Georgia, Russia, South Ossetia and Abkhazia.

"These co-rapporteurs will be in Moscow on April 18-20. Before that, on April 10-15, they will be in Georgia, and they are now asking for permission to visit South Ossetia and Abkhazia," Kosachyov added.

PACE has closely monitored the situation in the region since Russia and Georgia fought a five-day war in early August 2008 over Georgia's two breakaway regions of South Ossetia and Abkhazia. Russia recognized the two republics' independence shortly after ceasefire.

The situation was first discussed during PACE's autumn session in October 2008. The discussion resulted in a refusal to deprive the Russian delegation of the right of vote over its failure to comply with the demand to annul its recognition of the republic's independence.

The issue was taken up again in January and April 2009, when PACE voted to reject Georgia's proposal to strip Russia of voting rights, with 88 PACE members backing Moscow's rights and 35 supporting Tbilisi's motion.

Kosachyov said that "unlike last year, the monitors will actually visit the region," which would make the new report "more advanced than the previous one which was written in European capitals."