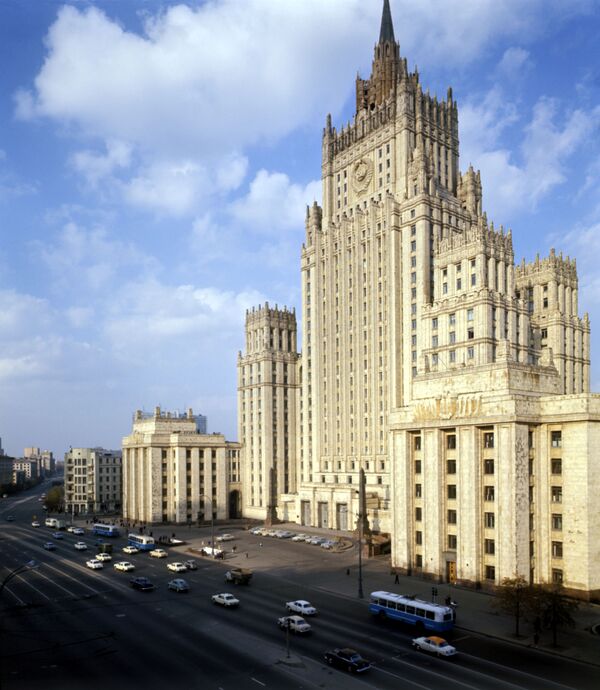 © RIA Novosti . U. Levyant
/
Go to the photo bank
Subscribe
The U.S. 2009 Human Rights Report is not objective, and ignores the country's own record, the Russian Foreign Ministry said on Friday

The U.S. 2009 Human Rights Report is not objective, and ignores the country's own record, the Russian Foreign Ministry said on Friday.

The U.S. State Department's annual report on Human Rights Practices, which was published on Thursday, said the number of racially or religiously motivated crimes in Russia had declined during the year, while ethnic discrimination was still a matter of concern.

"Everything is very traditional and even ritual in the report: approaches, theses, conclusions and informants. In this respect, we haven't noticed much difference despite the 'reset' in our relations declared by today's administration," the ministry said.

"It is no secret to anyone that this opus is aimed primarily at solving the political issues of the U.S. establishment."

However, the ministry commended the State Department's plans to issue a report on the human rights practices in the United States, hoping that "the facts and their respective critical assessment will find their reflection" in it.

"For instance, it is interesting to know how the department, which is partial to moralizing in the human rights sphere, will comment on the tortures and cruel and inhumane treatment of people in the U.S. itself."

Russia expressed hope that the report would include the full facts of domestic and family violence which has led to the deaths of children, expressions of racism and xenophobia, Islamophobia, the intrusion of intelligence services into private life, and also the discrimination of outspoken journalists.

"Maybe there will appear a recommendation in this report to finally establish the institution of the ombudsman in the United States, thereby joining a number of international agreements on human rights on the eve of the Universal periodic review under the auspices of the Human Rights Council," the ministry said.

While the 2009 annual report was generally critical towards Russia, registering numerous instances of societal discrimination, harassment, and violence against religious minorities, immigrants and migrant workers, and rampant corruption, it was more positive than the reports published during the U.S. Bush administration, which many believe is part of a broader campaign to "reset" the U.S.-Russia ties strained in recent years.