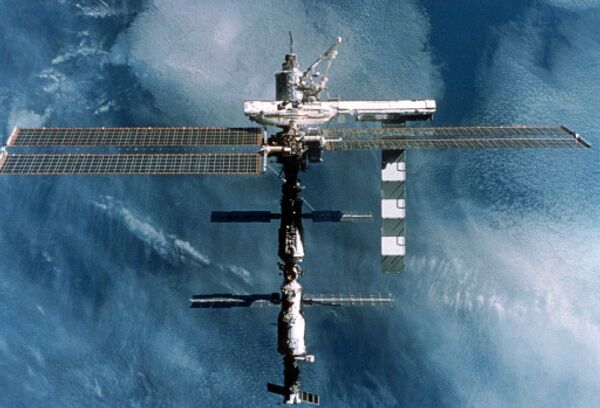 There are no technical constraints to extending the operation of the International Space Station (ISS) until at least 2020, top international space officials said on Thursday.

There are no technical constraints to extending the operation of the International Space Station (ISS) until at least 2020, top international space officials said on Thursday.

The heads of space agencies from Canada, Europe, Japan, Russia and the United States involved in the ISS project met in Tokyo to review the prospects for cooperation over the next decade.

"The heads of the agencies expressed their strong mutual interest in continuing operations and utilization for as long as there are demonstrable benefits to using the ISS," the Russian Federal Space Agency Roscosmos said on its website.

Roscosmos said the participants in the project "emphasized their common intent to undertake the necessary procedures within their respective governments to reach consensus later this year on the continuation of the ISS until the next decade."

The orbital assembly of the ISS began with the launch of the U.S.-funded and Russian-built Zarya module from Kazakhstan on November 20, 1998. Zarya, which means "dawn" in Russian, was the ISS's first component.

The project has taken longer than the planned five years, and as of November 2009 the station consisted of 11 pressurized modules and an extensive integrated truss structure. Three remaining modules will be added to the station by December 2011.

"With the assembly of the ISS nearing completion and the capability to support a full-time crew of six established, they [the heads of the agencies] noted the outstanding opportunities now offered by the ISS for on-orbit research and for discovery including the operation and management of the world's largest international space complex," Roscosmos said.

The decision to extend the service life of the orbital station must be adopted by the governments of all 15 countries participating in the project.