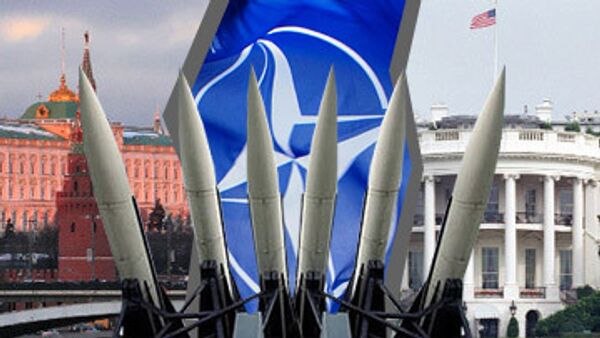 The new U.S. adoptive approach for European missile defense includes the possibility of using a Russian radar system as part of an integrated system, NATO's top military officer has said.

The new U.S. adoptive approach for European missile defense includes the possibility of using a Russian radar system as part of an integrated system, NATO's top military officer has said.

Adm. James G. Stavridis, NATO's supreme allied commander for Europe and commander of U.S. European Command, told the U.S. Senate Armed Services Committee on Tuesday that he supported the idea of partnering with Russia as a way to enhance security against shared missile threats.

"First, it would create a zone of cooperation with Russia [from a military standpoint]; secondly, it could technically add to the early warning time because of the location of the system; and thirdly, it creates confidence-building measures between ourselves and the Russians," the admiral said.

Moscow has earlier offered the use of the Gabala radar station in Azerbaijan and the Armavir radar station in Russia's Krasnodar Territory as alternatives to previous U.S. plans for a missile shield in Central Europe, but Washington has been reluctant so far to accept the proposal.

Stavridis called the new phased-in approach for European missile defense "timely and flexible," and said it will provide "capability that we can step up and be adaptive."

In his prepared statement for the Armed Services Committee the admiral also outlined NATO's view on overall military cooperation with Russia.

"Working with Russia is about balance and seeking to find the potential for cooperation, while maintaining an honest and open dialogue about all aspects of our relationship, including where we disagree," the statement said.

"We at European Command are ready to pursue military-to-military communication, engagement, and even training and operations with Russia where and when appropriate."