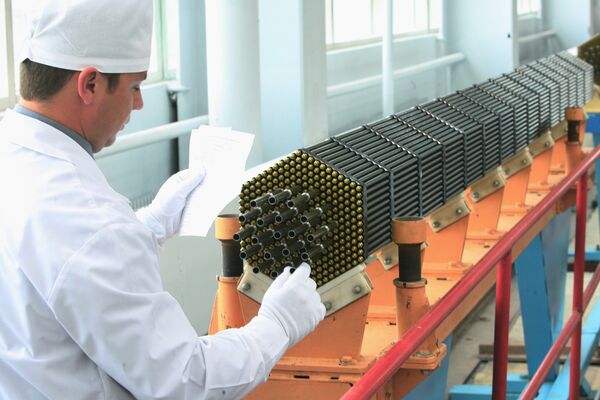 "India is interested as a donor country and we are looking into it," Srikumar Banerjee said.

Russia's state-run nuclear power corporation Rosatom said on Monday that Russia would provide by the end of 2010 the first batch of low-enriched uranium for an international nuclear fuel reserve bank under the control of the UN nuclear watchdog.

Banerjee said India considers the participation in the project to be an "attractive" possibility, however he added that it "requires a very detailed techno commercial dealings which have not been completed."

"We have to evaluate the facility, and economics here comes as a major factor," Banerjee said. "It is not just a political arrangement, so I cannot straight away say that India is joining just now, but India has a capability of joining as an equal partner in some of these activities."

Russia proposed in 2007 the creation of a nuclear center with LEU reserves in Angarsk, 5,100 km (3,170 miles) east of Moscow, to enable countries including Iran to develop civilian nuclear power without having to enrich their own uranium.

Russia has pledged to give access to the reserves "to any IAEA member country that honors its non-proliferation commitments."

The IAEA Board of Governors approved the establishment of a nuclear fuel reserve bank in November 2009.

Rosatom's head Sergei Kiriyenko said a detailed agreement between Russia and the IAEA on the nuclear fuel bank could be signed in April-May.