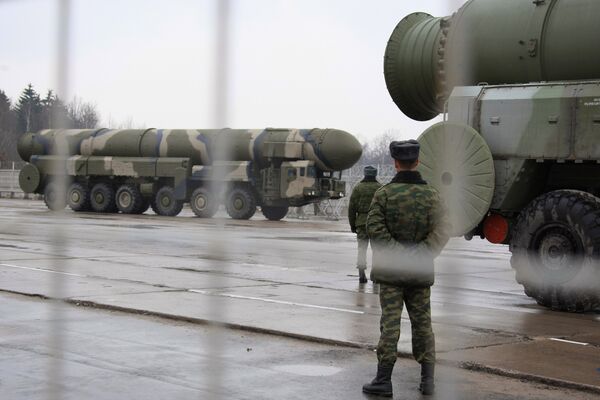 "The SMF are conducting command-and-staff drills on March 10-12 in line with the annual training program," Col. Vadim Koval said.

According to the official, the SMF will practice operations control in scenarios involving conventional and nuclear warfare under guidelines outlined by Russia's new military doctrine.

"A total of more than 2,000 servicemen and 150 theater- and tactical-level command-and-control centers take part in the drills," Koval said.

Russia plans to complete the modernization of the SMF's command-and-control systems by 2016 in order to improve their ability to overcome missile defenses and increase the survivability of delivery vehicles.

The SMF conducted a total of 11 large-scale exercises and two test launches of strategic missiles in 2009.