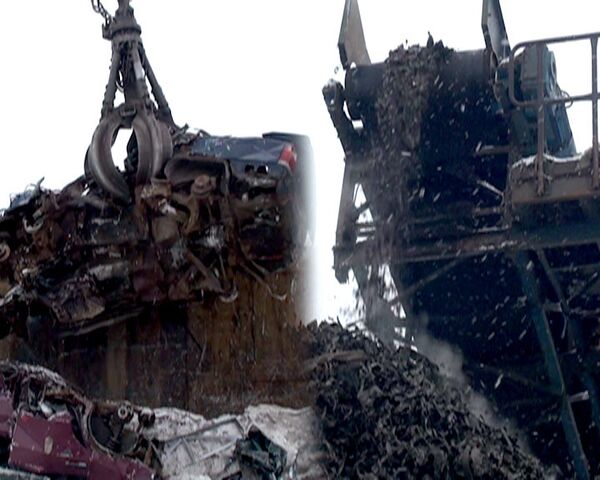 © RIA Novosti . Olga Vtorova, Irina Shaydullina
Subscribe
Following the example of many Western countries, Russia has launched a program offering owners of old cars 50,000 rubles ($1,680) each for their vehicles' disposal in a bid to support Russia's ailing car industry, a leading business daily reported on Tuesday.

Following the example of many Western countries, Russia has launched a program offering owners of old cars 50,000 rubles ($1,680) each for their vehicles' disposal in a bid to support Russia's ailing car industry, a leading business daily reported on Tuesday.

Kommersant wrote that Russian car dealers started issuing the "disposal premiums" on Monday. The money is provided to those ready to have their 10-year-or-older car scrapped under the new scheme, and buy a new one from an Industry and Trade Ministry-compiled list of over 60 Russian and foreign car brands produced in Russia.

However, Industry and Trade Minister Viktor Khristenko earlier said the weak point of the plan, that could theoretically expand to Russia's estimated 18 million 10-year-or-older cars, is the lack of a developed car scrapping infrastructure, with a mere 153 disposal stations having so far been licensed.

Khristenko's ministry even promised to reimburse the dealers for their efforts to deliver old cars to scrapping centers. The scrapping experiment will take place in 49 Russian regions out of more than 80 and will last until November 1, 2010. Khristenko also said a smoothly functioning scrapping scheme should be ready by September.

The government has allocated some 10 billion rubles ($370 mln) to the scheme and projects that some 200,000 new cars, mainly domestically produced Lada, Chevrolet and Opel automobiles, will be sold in 2010 by more than 1,500 authorized dealers in line with the program.

Carmakers and dealers working in Russia told Kommersant that the scrapping premium is the most long-awaited measure to support the crisis-hit Russian car market that halved in 2009.