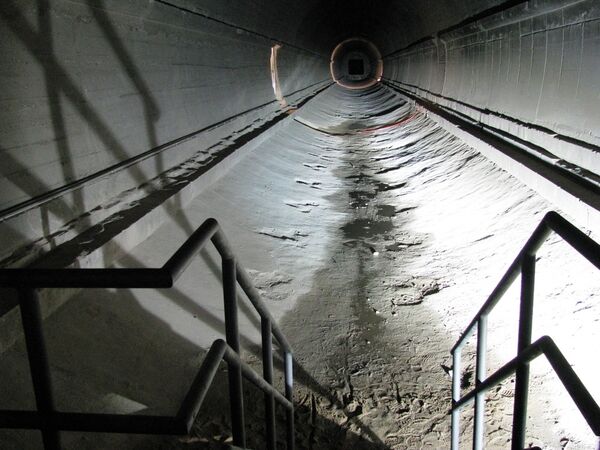 © RIA Novosti . Tatiana Firsova
Subscribe
The German state of Hesse is selling 20 bunkers from World War II and the Cold War to the highest bidder, a daily on Friday.

The German state of Hesse is selling 20 bunkers from World War II and the Cold War to the highest bidder, a daily on Friday.

According to Frankfurter Allgemeine Zeitung, the unique real estate is among some 70 bunkers - both above and below ground - for whose upkeep the government no longer wants to pay.

"The sales are not restricted, so anyone who is interested and has serious conversion plans can apply," said Georg Schedler, who works at the Kassel branch of the Institute for Federal Real Estate (BImA).

The Local, a German online publication, said the bunkers were deemed unnecessary after the end of the Cold War.

"As for scenarios like natural disasters, power outages and terror attacks, the existing structures are of limited suitability due to their technical outfitting and operational capabilities," said Ursula Fuchs, spokesperson for the Federal Office of Civil Protection and Disaster Assistance.

So far the state of Hesse has shown no interest in snapping up the bunkers, and it remains unclear whether private investors will make an offer.

"The upkeep of such bunkers is very pricey," said Jurgen Sittig of the Kassel fire department, which the BImA commissioned to care for them. "The funding in the last few years has gone down repeatedly in the last years."

The walls of one four-floor bunker, built to hold 4,000 people during World War II near the Marien hospital in Kassel, are damp and covered with mould and cobwebs, the paper said.