How are South Ossetia and Abkhazia any different than the Falklands? 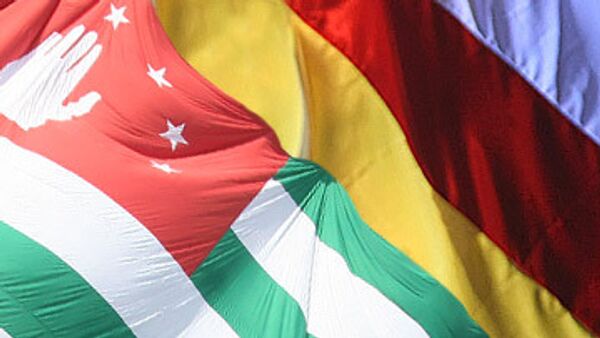 Subscribe
Britain and Argentina have renewed their unhealthy diplomatic exchange over the ownership and sovereignty of the Falkland Islands, which Argentineans call the Malvinas.

Britain and Argentina have renewed their unhealthy diplomatic exchange over the ownership and sovereignty of the Falkland Islands, which Argentineans call the Malvinas.

Britain and Argentina waged a 70-odd day war over the islands in 1982. Now all self-proclaimed republics - both recognized and unrecognized - cite the Falklands to support their cause.

London claims that Abkhazia and South Ossetia were illegally torn from Georgia (along with their inhabitants), whereas the Falklands are legally British territory and are populated exclusively by British people.

Britain retains control of the islands and finds it very unpleasant when the Falklands question is raised because it reminds the world about Britain's complicated colonial past and the British about their glorious imperial past. But beyond this, the Falklands issue prevents the world from seeing Britain's position in the recent disputes over self-proclaimed republics - be they recognized or unrecognized - for what it is.

The Foreign Office's attitude can be summed up as follows: It would be great if the Falklands remained the property of the Crown, and it would be better still if nobody remembered that they exist.

Argentinean President Cristina Kirchner reacted immediately, denouncing the move as a violation of UN resolutions on the Malvinas/Falklands, which call on both countries to renew sovereignty negotiations and abstain from taking unilateral measures, and evidence of a lingering colonial attitude, among other things

Diplomatic relations between Argentina and the U.K. were cut off after the Malvinas/Falklands War, but were renewed in the early 1990s.

The Falklands issue is more than just a colonial anachronism. They are like an ulcer in today's global body politic, which has become inflamed again and again.

The ulcer is usually aggravated by one side in the Falklands dispute for internal political gains.

This time President Kirchner is responsible for the relapse. Kirchner faces a tough election next year, with Argentineans growing increasingly unhappy with the Kirchners (before Cristina, the president was her husband Nestor, who is currently his wife's chief adviser). Both Argentina's economy and Cristina's popularity have slumped, and there have been numerous scandals regarding the couple's questionable business deals.

Drawing public attention to the Malvinas was a primitive but effective move, as 80% of Argentineans think the islands have been taken from them illegally, which is actually true: the British snatched the islands from Argentina in 1833.

The Falklands resurfaced as a political issue in the spring of 1982 when Argentina declared that the Malvinas were Argentinean territory. Before that, many British people did not even know that they had a dependent territory so far from home.

The British dispatched half of their Falklands garrison to South Georgia. Argentina responded by invading and occupying the islands.

In 1982, Britain experienced a period of national revival and unity it had not seen since WWII. Thatcher's popularity, which had been hovering near zero, soared as a result of the Falklands War, which put an end to the military dictatorship in Argentina. But the restoration of democracy did not ease tensions.

The Falklands dispute is extremely complicated, but there is a solution. For decades now, British experts on international law have been calling it a 19th-century colonial relic. Britain must grow up and give back the islands, they say. The Falklands' sovereignty could be transferred to Argentina, which would then lease the islands to Britain.

This would satisfy Argentina's territorial claims, while also respecting the interests of the islands' population of British settlers.