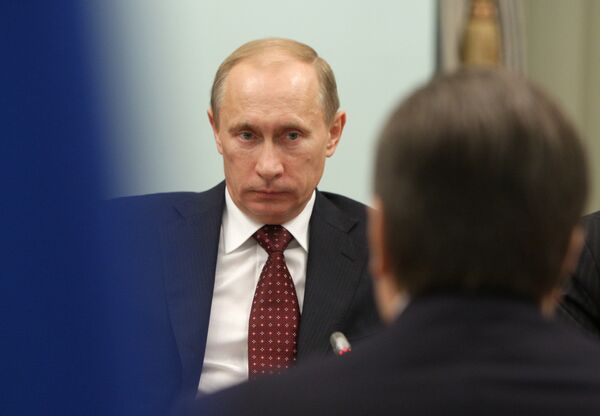 "We know that in engineering, aviation, energy and agricultural spheres we strongly depend on each other. We have a lot to do to make up lost ground," Putin said during a meeting with new Ukrainian President Viktor Yanukovych in Moscow.

Putin said Russian-Ukrainian trade turnover had decreased by almost 40% in 2009.

He said the two neighboring states could develop joint projects, including in the energy sphere, in third countries.

The prime minister also expressed hope that a new Ukrainian parliament coalition would be created in the near future, which would allow Yanukovych, who has pledged to seek for closer ties with Moscow, to push through his policies.

"We expect the creation of a coalition in the Ukrainian parliament and, as a consequence, a [new] government in Ukraine, our main partner, with which we hope to build normal, constructive relations," Putin said.

The Ukrainian parliament majority coalition led by Yulia Tymoshenko, who narrowly lost last month's presidential elections to Yanukovych, was disbanded on Tuesday. On Wednesday, the parliament dismissed Tymoshenko's government, with 243 members of the 450-seat legislature voting to oust the prime minister.

Ties between Moscow and Kiev deteriorated during former Viktor Yushchenko's presidency over his Western-leaning policies, including a bid to take Ukraine into NATO.