Putin asks for investigation of possible misuse of Olympic funds 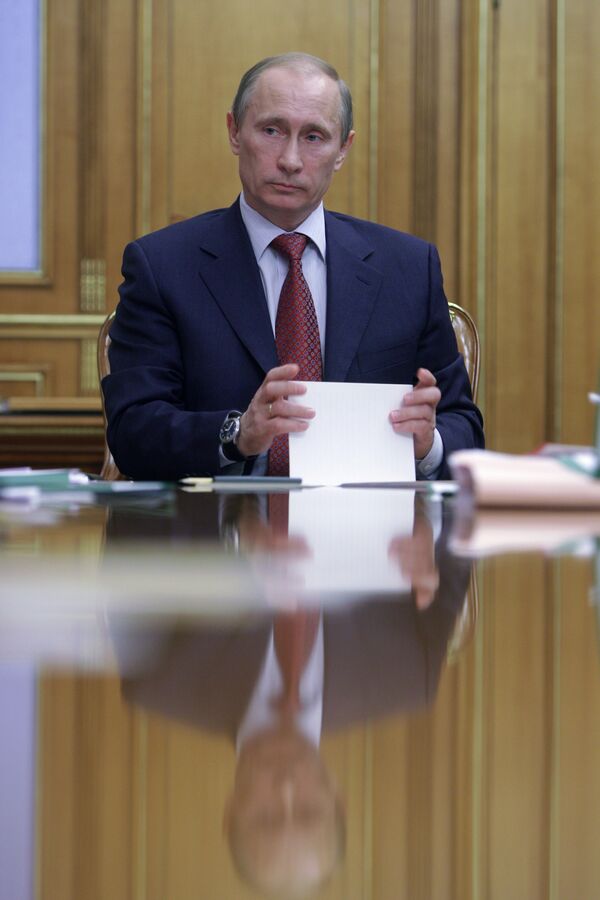 © RIA Novosti . Alexei Druzhinin
/
Go to the photo bank
Subscribe
Russian Prime Minister Vladimir Putin called on Friday for an investigation into the use of funds allocated for preparations for the Vancouver Games, saying the failure cannot be explained merely by biased judging.

Russian Prime Minister Vladimir Putin called on Friday for an investigation into the use of funds allocated for preparations for the Vancouver Games, saying the failure cannot be explained merely by biased judging.

The Vancouver Games were Russia's worst, with the team winning just three gold medals, five silver and seven bronze, and finishing 11th in the medal table. The Kremlin has been appalled by Russia's "dismal" performance.

"The question arises: maybe, the funds went not where they were needed, but where some people wanted. Of course, we need to look at this," he said at a special governmental meeting to discuss the results of the Vancouver Olympics.

The prime minister added that Russia had spent 3.3 billion rubles ($110.5 million) preparing its Olympic team, five times more than for the 2006 Winter Olympics in Turin, when Russia was fourth in the medal table with eight gold, six silver and eight bronze medals.

"Attempts to explain the defeat solely by biased judging, weather conditions or obstacles posed by rivals are inappropriate. This is what outsiders do. We should start with an analysis of our own work: if everything was done for our athletes, if those who were to help [the athletes] were truly devoted to what they were doing," Putin said.

He said Russia was quickly losing ground in its "traditional" sports, apparently referring to the team's poor performance in figure skating, cross-country skiing and ice hockey.

The post-Soviet drought in ice hockey continued in spectacular fashion with a 7-3 loss to Canada in the quarterfinals, while decades of dominance in figure skating came to a dramatic end as Russian athletes failed to grab any gold medals for the first time since 1964.

"It seems that the more we invest, the less we get. We failed to become competitive in sports which have recently been included into the Olympic program. Moreover, we failed to hold positions in sports in which we traditionally dominated," he said.

He said Russia should build modern facilities to train athletes in all Olympic disciplines.

Though about 200 training facilities were built in Russia only in 2009, some sports still lack modern infrastructure. Russia still has no modern slopes to train ski jumpers, and its first international sledge and bobsleigh complex, opened in 2008, came under criticism for construction errors.

The Russian prime minister also said payment schemes to athletes and coaches should be reviewed, urging decent financing for the entire cycle of training for a competition "depending on the results they achieve."

"I do not rule out the introduction of a special scheme of governmental grants," he said.

The prime minister said the Russian team should be among the leaders during the 2014 Sochi Winter Olympic Games.

"Millions of sport fans in our country expect our team to win. At least, [the team] must be among the leaders in 2014," Putin said.