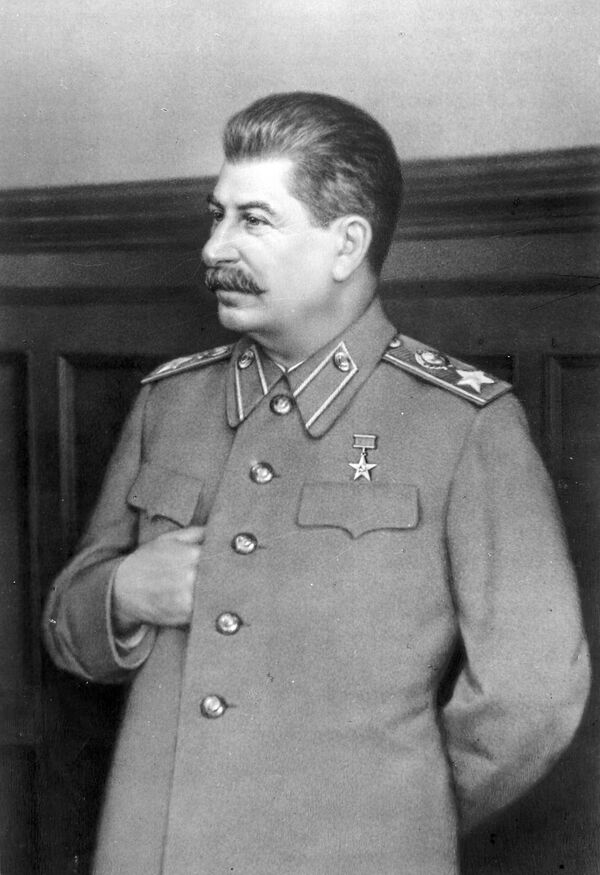 "The United Russia party does not support Yury Luzhkov's idea of decorating Moscow with Joseph Stalin posters ahead of the 65th anniversary of the Soviet victory," the party press service said.

"The political assessment of Stalin's role was supplied by his comrades in the past century. Historians must give the historical one. As far as the moral evaluation goes, it is necessary to respect the feelings and opinions of the huge number of people whose families suffered as a result of Stalin's repressions," party secretary Vyacheslav Volodin said.

Luzhkov came up with plans to display portraits of Stalin in Moscow in February. Human rights activists protested against the decision, saying they would stage demonstrations if the posters were put up. In response, the head of Moscow's advertising committee Vladimir Makarov said the posters would only describe Stalin's role in the Soviet victory in World War II.

The issue of Stalin's legacy resurfaced again when Kurskaya metro station in Moscow was reopened after reconstruction in summer 2009. An inscription with the line of the Soviet Anthem "Stalin brought us up to serve the nation well; he inspired us for labor and feats," which was removed from the station wall in 1961, was restored, sparking outrage among rights campaigners.

Stalin is one of the most controversial figures in Russian history. The vast majority of Russian families had relatives who were executed on false charges of espionage, sabotage or anti-Soviet propaganda, died of starvation, or were exiled to Gulag labor camps in 1930-1950. But many people, Luzhkov amongst them, consider Stalin to be the person who steered the Soviet Union to prosperity and led it to victory World War II.

According to official figures, 52 million were convicted on political charges during Stalin's regime. Millions of people are believed to have perished in Stalin's repressions.