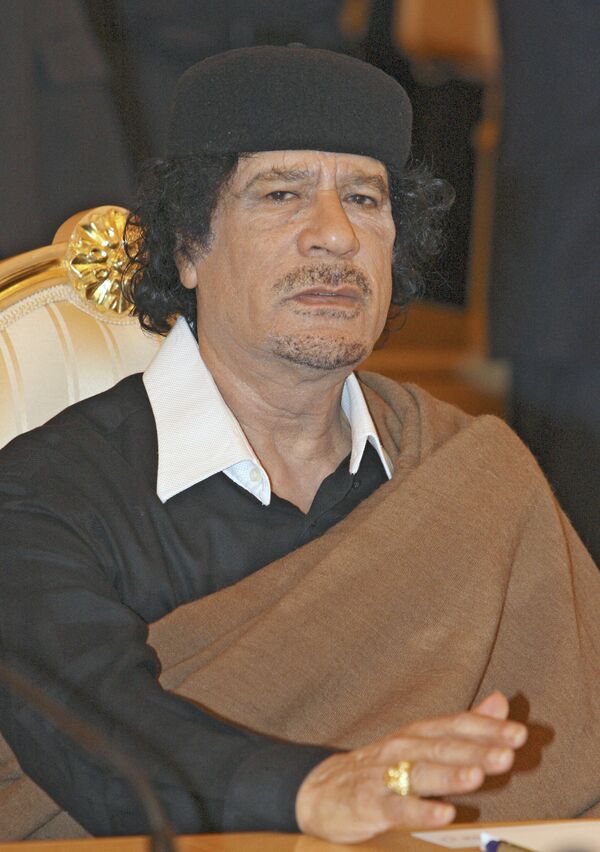 "Libya has decided to impose a total embargo on all economic and commercial exchanges with Switzerland," Baayou said on Wednesday.

He said the country would "adopt alternative [sources] for medicines and medical and industrial equipment" imported from Switzerland.

Last week, Gadhafi described Switzerland, which recently imposed a ban on the construction of minarets following a national referendum, as "infidel, obscene state which is destroying mosques" and called for the Islamic world to "boycott" the country.

"It is against unbelieving and apostate Switzerland that jihad (holy war) ought to be proclaimed by all means," he said in a live television broadcast, adding "any Muslim around the world who has dealings with Switzerland is an infidel [and is] against Islam, against Mohammed, against God, against the Koran."

The day after Gadhafi's call, U.S. State Department spokesman Philip Crowley said the Lybian leader's declaration reminded him of "one of the more memorable sessions of the UN General Assembly", in which Gadhafi delivered a speech, strongly criticizing the organization.

"Lots of words and lots of papers flying all over the place and not necessarily a lot of sense," Crowley said.

Earlier on Wednesday, Libya expressed indignation over Crowley's statement and demanded "explanations and apologies" from the U.S. authorities, adding there would be "negative repercussions on economic and political relations between the two countries if no measures are adopted."

A total of 57.5% eligible voters and 22 out of 26 Swiss cantons voted in November 2009 to ban the construction of minarets. The country's decision, which is believed to stop the "Islamization of Switzerland", sparked criticism from politicians and religious figures worldwide.

Switzerland's row with Libya goes back to July 2008, when Gaddafi's son, Hannibal, and his wife Aline who was 9 months pregnant were arrested in Geneva. They were released on bail after spending two days in custody following a hotel employee complaint of mistreatment by the couple.