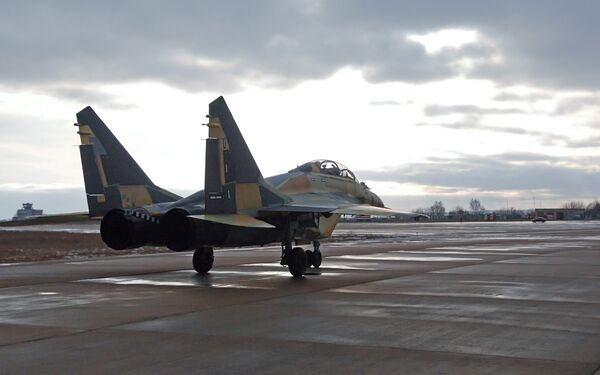 © RIA Novosti . Sergey Pjatakov
/
Go to the photo bank
Subscribe
Russia's United Aircraft Corporation (UAC) is to double production by 2012 from 2009 to 200 planes, the company said on Tuesday.

Russia's United Aircraft Corporation (UAC) is to double production by 2012 from 2009 to 200 planes, the company said on Tuesday.

The state-controlled corporation, established to streamline the Russian aviation industry, incorporates aircraft-making and affiliated firms engaged in the manufacture, design and marketing of civilian and military aircraft, including unmanned aerial vehicles.

UAC has been described by analysts as one of the large Russian companies expected not only to seek profit, but also to advance national interests.

The Russian government has pledged a steady flow of contracts for the domestic aircraft industry, as well as additional financial support and a restructuring of its 46 billion ruble ($1.6 bln) debt.

In August, Prime Minister Putin criticized the UAC for selling planes to domestic and foreign companies at a loss.

Apart from the ongoing recession, the MiG corporation has been hit by Algeria's decision to tear up a $1.28 billion contract to buy 34 MiG-29s, signed in 2006, over the planes' "inferior quality." The 15 planes were sent back to Russia.