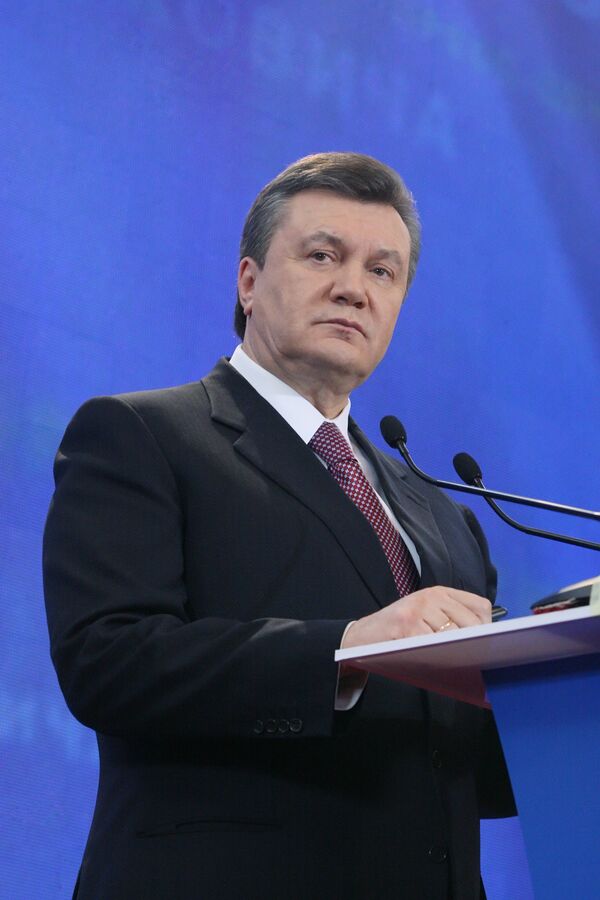 Ukrainian President Viktor Yanukovych said on Tuesday he intended to discuss gas issues with the Russian leadership during his upcoming visit to Moscow.

Ukrainian President Viktor Yanukovych said on Tuesday he intended to discuss gas issues with the Russian leadership during his upcoming visit to Moscow.

Ukraine's leader is due in the Russian capital on Friday, his second foreign trip as president following Monday's talks with the leadership of the European Union in Brussels, where the gas issue was also discussed.

In an interview with the BBC Ukrainian service, Yanukovych said the price of natural gas supplied to Ukraine by Russia must be fair for Kiev, and the issue should be discussed in a broader context involving Ukraine's access to Russian and Central Asian gas deposits and the creation of a gas transportation consortium to manage the Ukrainian gas pipeline network.

Yanukovych said Ukraine wanted to be a full-fledged partner in all gas issues with both Russia and the European Union.

Yanukovych, who was inaugurated on February 25, said during his election campaign that he would seek better terms for Kiev in gas contracts signed with Moscow last year.

Russia and Ukraine have long fought over natural gas deliveries, jeopardizing supplies to Europe, which gets around a quarter of its gas from Russia. In the latest row at the start of 2009, Russia halted all deliveries via Ukraine's pipeline system for two weeks.

Last year's gas conflict was resolved when a deal on gas imports and transit was agreed by Russian Prime Minister Vladimir Putin and his Ukrainian counterpart, Yulia Tymoshenko, who lost to Yanukovych in the February 7 presidential election runoff.

However, when West-leaning President Viktor Yushchenko came to power in Ukraine as a result of the so-called "orange revolution" in 2004, the project was put on hold.

Russia has consistently tried to get a stake in the Ukrainian gas pipeline network to modernize the system and ensure uninterrupted gas supplies to Europe. Ukraine has so far resisted these attempts, saying this would jeopardize its sovereignty.

Meanwhile, Gazprom CEO Alexei Miller said on Tuesday the Russian energy giant had not yet received any proposals from Ukraine on a gas consortium.