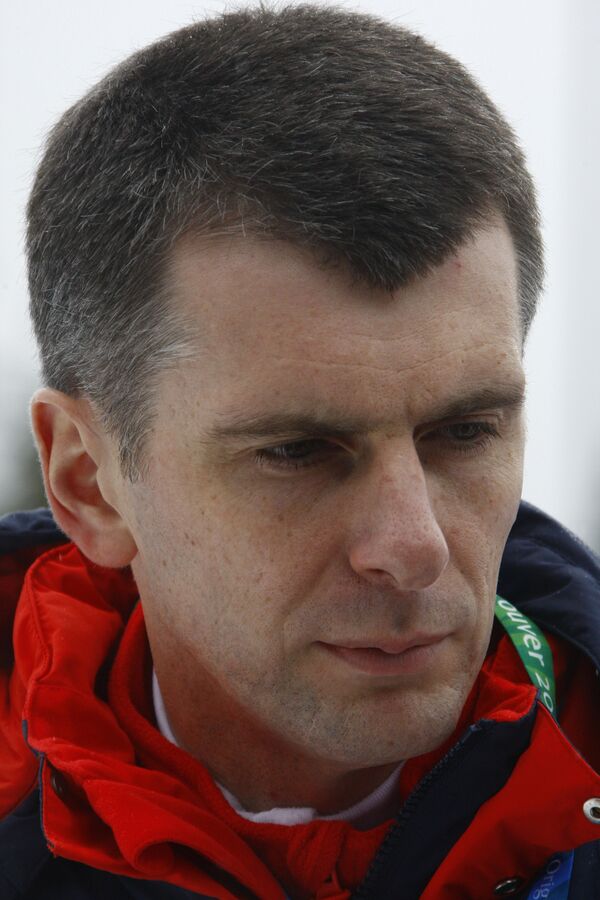 Russian billionaire Mikhail Prokhorov thanked France on Tuesday for bringing him notoriety with now-dropped accusations of involvement with prostitution.

Russian billionaire Mikhail Prokhorov thanked France on Tuesday for bringing him notoriety with now-dropped accusations of involvement with prostitution.

"France occupies a special place in my life. Thanks to France, I have become very popular," the tycoon said, drawing laughs from sections of the audience at a Russian-French business forum, held as part of President Dmitry Medvedev's visit to France.

Prokhorov and two young women accompanying him were arrested in the posh ski resort of Courchevel in January 2007. All of them were later transferred to Lyon, where they were held in custody as part of investigation into an international prostitution ring. The case was closed in summer 2009 due to lack of evidence.

On Monday, a Nice court denied Prokhorov the return of a 39.4 million euro ($53.3 million) deposit for one of the best villas of the Cote d'Azur.

Prokhorov signed a contract in summer 2008 to buy a villa for 370 million euros ($500 million). The contract stipulated that a 10% advance payment be made. A final sale and purchase agreement was to have been concluded January 20, 2010, but the businessman decided to break the contract.

When current villa owner Lily Safra, widow of Lebanese billionaire banker Edmond Safra, refused to return the deposit, Prokhorov decided to seek the return of his money via the courts.