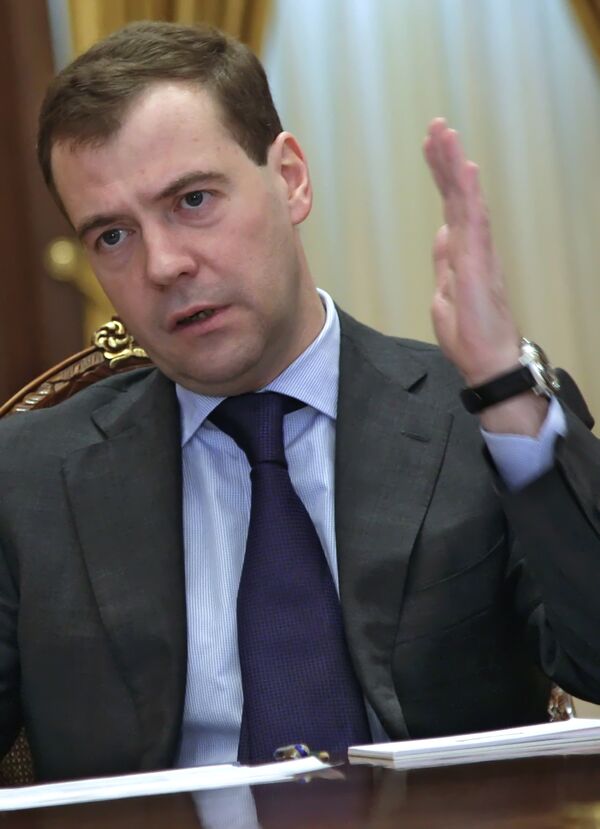 President Dmitry Medvedev has proposed a package of amendments to Russia's criminal and criminal procedure codes with the aim of making punishment for economic crimes more humane, a business paper reported Tuesday.

According to Vedomosti, Medvedev has proposed more lenient punishment for money laundering, a vaguely formulated article in the country's criminal code that has allowed law-enforcers to arbitrarily interpret offences committed by businessmen.

In line with the proposal, imprisonment for money laundering will be reduced from the current 5-15 years to 3-10 years.

Russian law-enforcers have widely used the practice of arbitrary arrests of businessmen on the charges of pseudo-entrepreneurship, also applying the article on money-laundering to increase the prison term.

The amendments also propose increasing six-fold, to 1.5 million rubles ($50,000) and 6 million rubles ($200,000), the amount of damage inflicted by serious and very serious economic crimes to cut the number of arrests on petty charges and streamline the process.

Medvedev, who portrays himself as a young and technologically savvy leader, is seeking to improve the economic environment in the country and create incentives for domestic businesses to switch to a knowledge-based and innovative economy.

He has repeatedly urged law-enforcers to abandon the practice of numerous checks and inspections on companies, especially small and medium business, widely seen as an instrument to extort money from entrepreneurs or remove competitors in an unfair way.