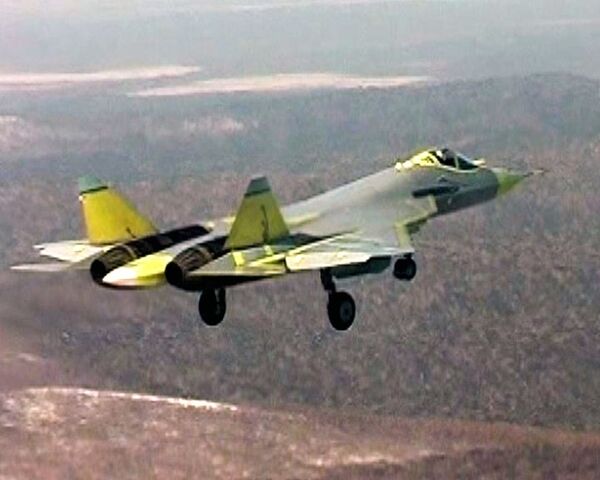 "Before the jet goes into production, it should complete over 2,000 test flights," Putin said.

He also said now that Russia had a fifth-generation prototype fighter, it should start working on a new-generation long-range strategic bomber that he described as "an airborne missile-carrier."

A source at the Sukhoi aircraft maker said earlier in the day the T-50 would start on a standard flight test program in April, adding it would take "several years" to complete the testing program.

A prototype of the fighter made a 47-minute maiden flight in Russia's Far East on January 29.

Russia has been developing its newest fighter since the 1990s. The current prototype was designed by the Sukhoi design bureau and built at a plant in Komsomolsk-on-Amur, in Russia's Far East.

It will be delivered to the Russian Air Force from 2015 onwards.

The Tupolev aircraft maker said last year that a new-generation strategic bomber would be developed by 2017, while production should start in 2020 to 2025.

However, Maj. Gen. Anatoly Zhikharev, commander of Russia's strategic aviation said a new strategic bomber, which would use stealth technology, was expected to enter service in 2025-2030.

The new bomber will replace three aircraft currently in service with Russia's strategic aviation, the Tu-95MC Bear and Tu-160 Blackjack strategic bombers, introduced in 1956 and 1980, respectively, and Tu-22M3 Backfire long-range bombers, which first flew in 1972.