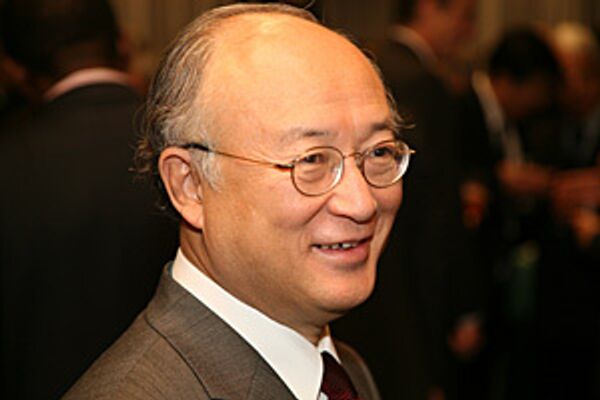 © http://www.iaea.org/
Subscribe
Tehran is not cooperating adequately with the UN nuclear watchdog, the IAEA director general said on Monday.

Tehran is not cooperating adequately with the UN nuclear watchdog, the IAEA director general said on Monday.

Yukiya Amano, who took the reins at the Vienna-based agency last December, issued on February 18 an unusually critical report on Iran's nuclear activities.

"We cannot confirm that all nuclear material in Iran is in peaceful activities because Iran has not provided the agency with the necessary cooperation," Amano said on Monday in his first address to the IAEA's 35-nation board of governors.

"I request Iran to take steps towards the full implementation of its safeguards agreement and its other obligations as a matter of high priority," he added.

Amano said those steps should include obeying all IAEA and UN Security Council resolutions.

Responding to the report, Ayatollah Ali Khamenei, Iran's supreme leader, described Amano as a lackey of the West, saying that he lacked experience, competence and independence from Western powers.

"The IAEA reports indicate this international body is not independent," the Los Angeles Times quoted Khamenei as telling Iranian diplomats in Tehran.

"The IAEA should not bow to pressure from America and some other countries because such unilateral actions will harm the reputation of the IAEA and the United Nations."

Iran has already rejected an IAEA plan under which the Islamic Republic was to ship out its low-enriched uranium to Russia for further enrichment and subsequently send it to France for processing into fuel rods.

Tehran has suggested it could consider a swap of its low-enriched uranium for 20%-enriched uranium, but that the exchange should be simultaneous and would have to take place on its own territory. Amano said on Monday that the original offer was still on the table, but added that the agency was looking into Iran's suggestion.