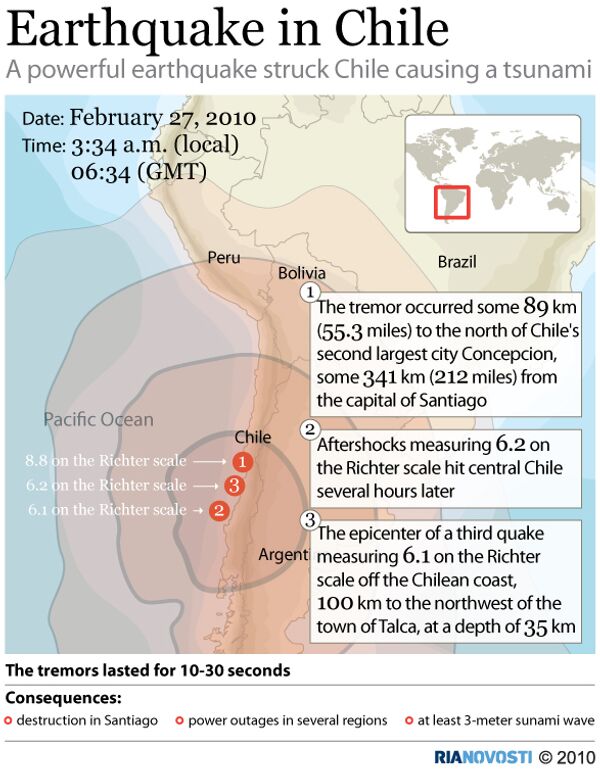 A powerful earthquake struck Chile causing a tsunami. The tremor occurred some 89 km (55.3 miles) to the north of Chile's second largest city Concepcion, some 341 km (212 miles) from the capital of Santiago. Aftershocks measuring 6.2 on the Richter scale hit central Chile several hours later. The epicenter of a third quake measuring 6.1 on the Richter scale off the Chilean coast, 100 km to the northwest of the town of Talca, at a depth of 35 km