Russian politician says wants to be cloned for nation's sake 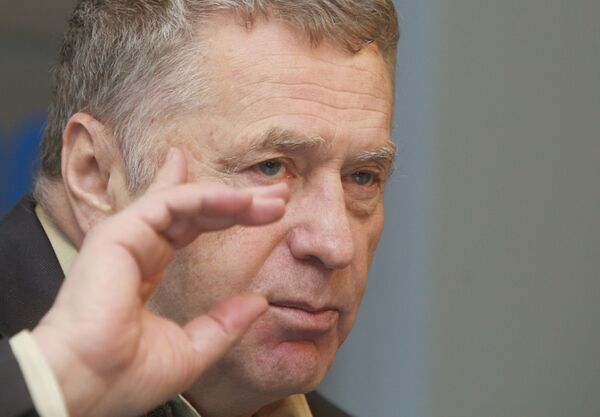 Leader of the Russian Liberal Democrats Vladimir Zhirinovsky said on Friday cloning should be permitted in Russia and proposed cloning himself "for the nation's benefit."

Leader of the Russian Liberal Democrats Vladimir Zhirinovsky said on Friday cloning should be permitted in Russia and proposed cloning himself "for the nation's benefit."

The State Duma, the lower house of the Russian parliament, passed a government bill on Friday prolonging a moratorium on human cloning, which had been lifted in 2002 and expired in June 2007.

The law to be amended does not prohibit the cloning of cells and organisms for scientific and research purposes, human organs for transplantation, as well as the cloning of animals.

"Scientists should work, we should not be afraid. Cloning is a remedy for humanity... Let us grow people and take their organs to replace [those damaged]," the controversial senior lawmaker said during a live broadcast on Russia 24 TV channel.

"We should clone clever, talented people, a list of people to be cloned should be created. We should have new Einsteins, Kurchatovs, Tsiolkovskys, Yesenins, Pushkins," he went on.

He said he personally would be happy to be cloned.

"This would be good, this would be a benefit for the nation," he said, adding the Liberal Democratic Party would seek for the ban to be cancelled.