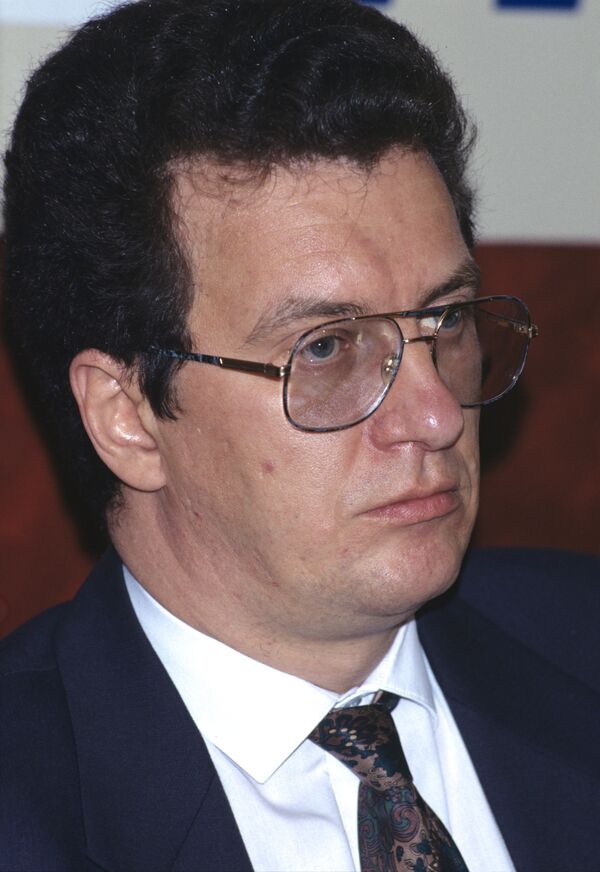 © RIA Novosti . Prihodko
/
Go to the mediabank
Subscribe
International
India
Africa
A senior aide for Russian President Dmitry Medvedev said Russia's performance at the Vancouver Olympics was "dismal" although he expected such failure

A senior aide for Russian President Dmitry Medvedev said Russia's performance at the Vancouver Olympics was "dismal" although he expected such failure.

With three days of the Vancouver Games remaining, the Russian team has managed to win only three gold medals - compared to eight at the 2006 Olympics in Turin. The post-Soviet drought in ice hockey continued in spectacular fashion with a 7-3 loss to Canada in the quarterfinals, while decades of dominance in figure skating came to a dramatic end.

Sergei Prikhodko said he bet a bottle of cognac before the Olympics that the Russian hockey squad would not even make it into the top three.

"I was about to be beaten up for saying this. It's too bad the bet was so low. I bet a bottle of cognac with everyone who was in the group [with me]," he said.

Medvedev said earlier that he might attend the finals of the hockey game in Canada expecting the Russians to play in the gold medal match.

Prikhodko said the performance of the Russian Olympic squad as well as of the whole Russian sports at the current stage is "dismal."

"I watched [some of it] but did not watch to the end of the broadcasting," he added.

Prime Minister Vladimir Putin said that Russia's disappointing performance at the Vancouver Olympics must be thoroughly analyzed and rectified before the Sochi 2014 Games.

At the 2006 Turin Games, Russia won 22 medals, including 8 gold, taking fourth place in the overall medals standings. The 13 overall medals equals the 2002 total, but five golds were won in Salt Lake City.