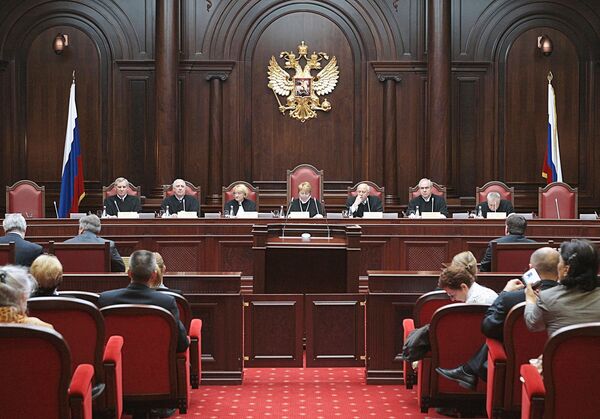 Russia's Constitutional Court reaffirmed on Friday that Moscow should obey Strasbourg human rights court decisions and ordered further legislative and other reforms to ensure their implementation.

Russia's Constitutional Court reaffirmed on Friday that Moscow should obey Strasbourg human rights court decisions and ordered further legislative and other reforms to ensure their implementation.

"Decisions by the European Court of Human Rights are binding for Russia," the court said in a ruling.

"The state must pay compensation to a person whose rights were violated as determined by the European Court and make sure his/her rights are restored as far as it is possible."

The ruling came after Russia finally ratified Protocol 14 to the European Convention of Human Rights earlier this month, which is designed to help the Strasbourg court cope with the growing backlog of complaints from individuals, nearly one-third of them filed from Russia.

Russia had refused to ratify the document, accusing the Strasbourg court of bias and politicized decisions.

As a member of the Council of Europe, Russia is obliged to obey rulings by the Strasbourg court, a powerful check on governmental abuse in Europe. European monitors, however, have criticized Russia for its slow response to court judgments and dragging down legislative reforms.

The Constitutional Court said on Friday the requirement did not run counter to the Russian Constitution, which does not prevent the revision of Russian court decisions if the Strasbourg-based court has provided new evidence of rights and freedoms violations.