Russia says may yet deploy Iskander missiles in Baltic exclave 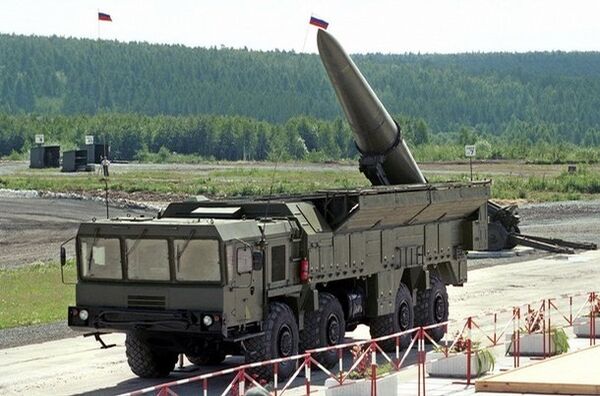 "If no threats emerge in Europe to Russia, Iskanders will not be deployed in Kaliningrad, but if Russia faces new threats in Europe, Iskanders will be based there," Serdyukov said. "The decision will be taken by the president."

Bulgaria and Romania have said they are in talks with the United States on hosting elements of its missile shield on their soil. The planned deployment of U.S. interceptor missiles into the Black Sea region triggered fierce criticism from Moscow, which is finishing up negotiations with Washington on a new nuclear arms cuts treaty.

The planned deployments in Bulgaria and Romania come after President Barack Obama scrapped earlier plans for a radar and interceptor missiles in the Czech Republic and Poland, which Russia vehemently opposed as a national security threat and a blow to its nuclear deterrent.

Russia insists that there is a direct link between cutting the nuclear arsenals of the two countries and curbs on their ability to build missile defense systems.

A U.S. State Department official has said the facilities in Romania are to become operational by 2015 and are designed as protection against "current and emerging ballistic missile threats from Iran."

Russia's envoy to NATO Dmitry Rogozin said on Tuesday that Transdnestr's move to deploy Russian Iskander missiles could lead to a serious regional conflict, and added that there could be no talk yet of bilateral efforts to "reset" Russian-U.S. relations if Moscow continues to hear the United States' plans to deploy missiles in Romania from mass media.