Exhibit on war-time story of Joe Beyrle opens in Russia 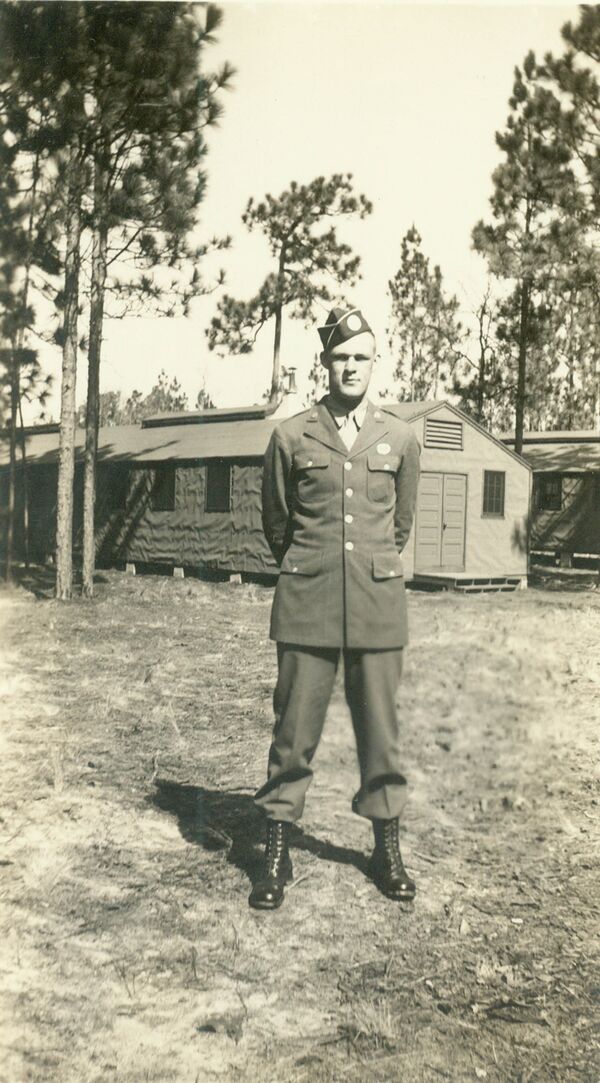 "Jumpin' Joe Beyrle: A Hero for Two Nations," a traveling exhibit of war artifacts of the only soldier known to have fought for both the U.S. and Soviet armies in World War II opened in Russia on Thursday.

"Jumpin' Joe Beyrle: A Hero for Two Nations," a traveling exhibit of war artifacts of the only soldier known to have fought for both the U.S. and Soviet armies in World War II opened in Russia on Thursday.

Beyrle, who died in 2004, is a war hero both in the United States and Russia. He is also the father of John Beyrle, the U.S. ambassador to Russia, who attended the exhibit's opening at the Russian State Museum in St. Petersburg and was to speak at a seminar dedicated to the 65th anniversary of victory in the war.

Beyrle, who was a paratrooper, was captured after parachuting into France's Normandy in 1944. He spent 10 months in Nazi camps and successfully escaped in the spring of 1945 to get into a Russian tank unit. Knowing only two words in Russian, "American comrade," he served there for a month helping liberate the very POW camp from which he escaped.

He was severely wounded and sent to Moscow, where he was visited in hospital by Marshal Georgy Zhukov, top Soviet commander in World War II, who helped the soldier with no id and citizenship proof return home.

"When you consider that the U.S. and U.S.S.R. were once bitter ideological rivals, our wartime alliance against Hitler was a remarkable triumph of pragmatism and common interest," John Beyrle said before the exhibition opened in St. Petersburg.

"I think the exhibit will help remind Russians that they have far more in common with Americans than they sometimes think," the ambassador was quoted as saying by The Muskegon Chronicle, the newspaper in Joe's hometown.

Beyrle's artifacts in the exhibit include medals awarded by the Russians, his Army boots, a duplicate set of his Army "dog tags" issued as his original set was stolen when he was captured by the Germans, the telegram to his parents informing them that he had been killed in action, and the letter requesting the family to return the Order of the Purple Heart and $861 compensation when Beyrle was found to have come back from dead.

The artifacts, which are normally displayed in a museum in Muskegon, Michigan, will travel to other Russian cities in the traveling exhibit, timed to coincide with the 65th anniversary of victory in World War II in May and Russia's Defender of the Fatherland Day celebration on February 23.