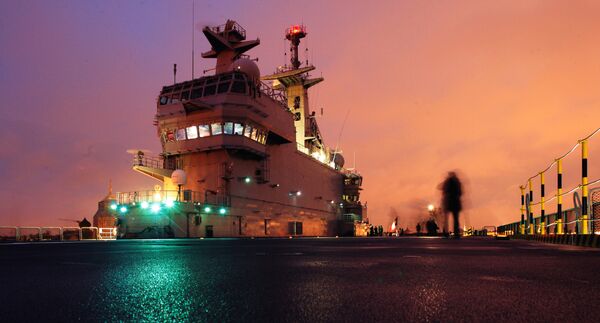 French naval shipbuilder DCNS said on Thursday it expected to receive a final answer from Russia soon on buying a Mistral-class helicopter carrier.

French naval shipbuilder DCNS said on Thursday it expected to receive a final answer from Russia soon on buying a Mistral-class helicopter carrier.

"The company is interested in cooperation with Russia. Now we are waiting only for a political decision. We believe we'll receive an answer from Moscow soon," Benoit de la Bigne, a DCNS executive, said.

The Russian military earlier announced that it was considering buying one of the Mistral-class amphibious assault ships, worth 400-500 million euros (around $540-$675 mln), and potentially building three or four vessels of the same class in partnership with the French naval shipbuilder DCNS.

Many Russian military and industry experts have questioned the financial and military sense of the purchase.

Russia's current arms procurement program through 2015 does not provide for the construction or purchases of large warships, so the acquisition of a French warship is more likely under a new program, through 2020, which has yet to be developed.

The executive also said that India was displaying interest as well in buying a Mistral-class warship.