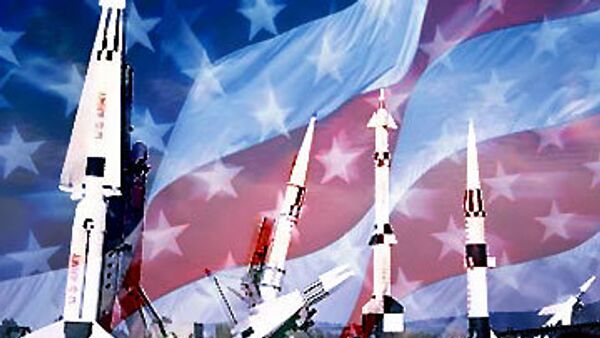 The statement comes after the Bulgarian and Romanian leaders said they were in talks with Washington on hosting elements of the U.S. missile shield in their countries.

"Taking into account the present circumstances, this [the expansion of the U.S. anti-missile shield in Eastern Europe] has caused concern in the Russian government and Russian armed forces," General Nikolai Makarov, chief of Russia's General Staff, said. "We look at this negatively."

Russia and the United States are in talks to replace the Strategic Arms Reduction Treaty (START 1), the cornerstone of post-Cold War arms control, which expired on December 5 last year with a new deal. U.S. President Barack Obama and Russian leader Dmitry Medvedev have ordered a speedy completion of the deal.

Makarov said the new arms deal was 97% complete, with only technical issues remaining to be agreed, but added that U.S. plans for missile defense systems in Eastern Europe were affecting the negotiations.

"Recent events in Eastern Europe have to some extent affected the negotiations. But this will be reflected in the new treaty," he told journalists in the strongest reaction by a Russian official to the U.S. missile shield so far.

So far, Russian officials said they were seeking explanations from Washington on statements by Bulgarian Prime Minister Boyko Borisov, who said last week that his country was in talks with Washington on hosting elements of a U.S. missile shield on its territory, and similar statements by Romanian leaders.

The planned deployments in Bulgaria and Romania come after Obama scrapped earlier plans for a radar and interceptor missiles in the Czech Republic and Poland, which Russia fiercely opposed as a national security threat and a blow to its nuclear deterrent.

Obama and Medvedev pledged at their first meeting in April 2009 to replace the START I treaty as part of broader efforts to "reset" bilateral ties strained in recent years.