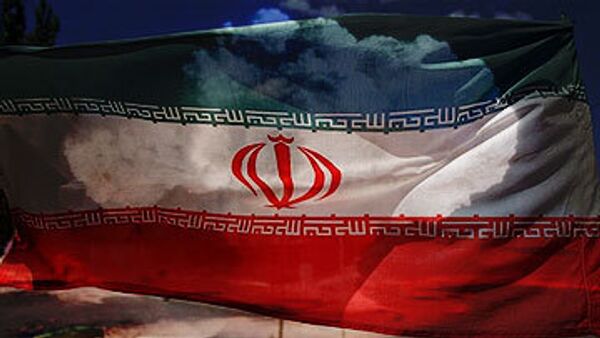 © Сollage by RIA Novosti
Subscribe
Russia, the United States and France have sent the head of the International Atomic Energy Agency a confidential letter expressing concern over Iran's move to begin enriching uranium to 20%.

Russia, the United States and France have sent the head of the International Atomic Energy Agency a confidential letter expressing concern over Iran's move to begin enriching uranium to 20%.

"If Iran goes ahead with this escalation, it would raise fresh concerns about Iran's nuclear intentions, in light of the fact that Iran cannot produce the needed nuclear fuel in time" to refuel the research reactor, said the letter, the text of which was made available to RIA Novosti.

It goes on to regret that Iran didn't hold onto a scheme drawn up last October by the UN nuclear watchdog and approved by the Iran Six of Russia, the United States, Britain, China, Germany and France.

In line with the IAEA plan, the Islamic Republic was to ship out its low-enriched uranium to Russia for further enrichment and subsequently send it to France where it would be made into fuel rods.

Iran's decision to enrich uranium to the 20% level drew stinging criticism from U.S. President Barack Obama, who said last week that Washington and its allies would begin developing "significant" new sanctions against Tehran.

Obama also praised Russia's "forward-leaning" statements on the issue after Russia's security chief Nikolai Patrushev said Iran's actions meant that fears by Western powers over the nature of its nuclear program were "reasonable."

President Dmitry Medvedev confirmed during a meeting with Israeli Prime Minister Benjamin Netanyahu in Moscow on Monday that Russia would support tough sanctions against Iran.