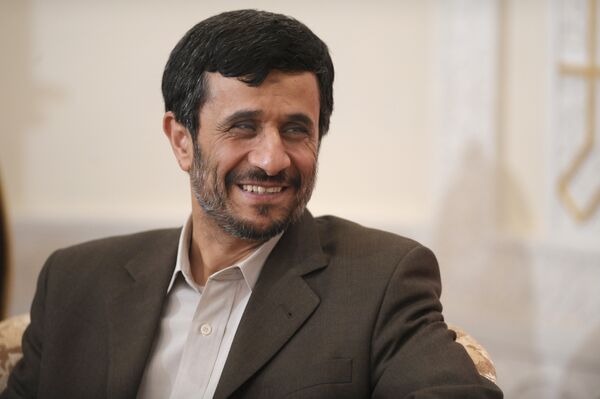 Iranian President Mahmoud Ahmadinejad said on Tuesday his country is ready to swap uranium even with the United States, the ILNA news agency reported.

"The case is not yet closed," Ahmadinejad said during a press conference in Tehran. "We have already announced that we are ready for a fuel exchange within a fair framework. We are still ready for an exchange, even with America."

He stressed Iran is ready to pay for uranium swaps with the United States.

"If the U.S. expresses a desire to participate in fuel exchanges, then we will be ready to cooperate and pay for the fuel," he said, adding that if Washington did not play fair, Tehran would "alter its approach."

Ahmadinejad also said that world powers would "regret" any sanctions against Iran.

"Of course, if somebody acts against Iran, our response will definitely be firm enough [to] make them regretful," he warned, adding that "sanctions will not harm Iran."

Moscow and Washington dismissed on Monday reports that new nuclear proposals had been made to Iran, after the Iranian nuclear chief said earlier Iran was considering "new offers" from Russia, the United States and France.

In line with the plan drawn up in Vienna last October, the Islamic Republic was to ship out its low-enriched uranium to Russia for further enrichment and subsequently send it to France where it would be made into fuel rods.

Obama also praised Russia's "forward-leaning" statements on the issue after Russia's security chief Nikolai Patrushev said Iran's actions meant that fears by Western powers over the nature of its nuclear program were "reasonable."