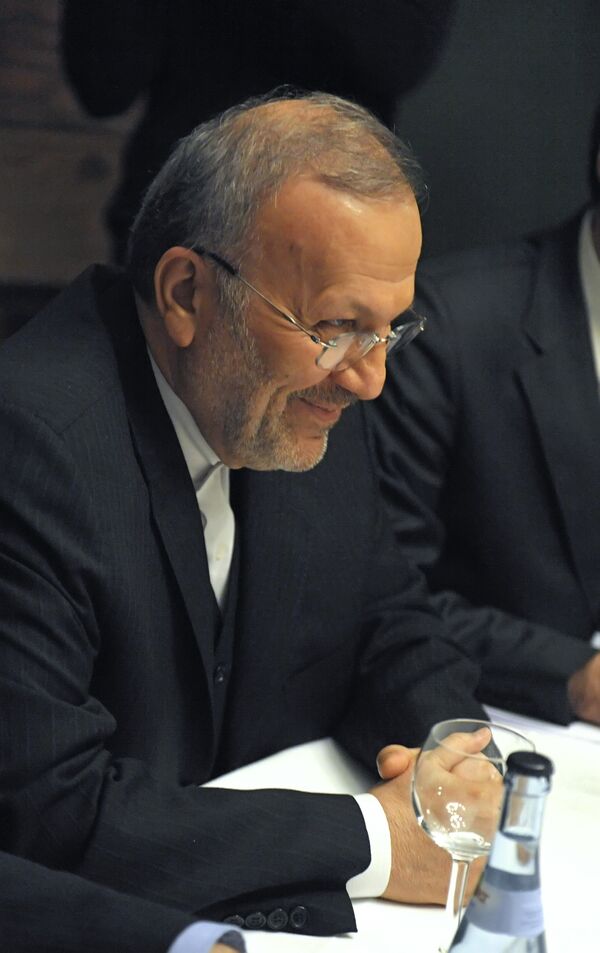 "The international community should be convinced that Iran's nuclear program is of a civilian nature, but in case these commitments are not fulfilled, no one can rule out the use of [additional] sanctions," spokeswoman Natalya Timakova said.

Iran was among the topics during Medvedev's meeting with Israeli Prime Minister Benjamin Netanyahu in Moscow on Monday. Netanyahu said before meeting Medvedev he would urge the Russian leader to support tough sanctions against Iran.

"Russia still believes Iran should cooperate with the IAEA and other countries more actively and broadly, providing information on its nuclear program," Timakova said.

Iran's recent move to begin enriching uranium to 20% drew stinging criticism from the West. U.S. President Barack Obama said last week Washington and its allies would begin drafting "significant" new sanctions against Tehran. Russia, a veto-wielding member of the U.N. Security Council, has a decisive say in the issue.

"They [the U.S. authorities] have been captured by their own military doctrine, and have actually ignored the real situation in the region," the Iranian foreign minister was quoted by the news agency as saying.

Iran's ISNA news agency quoted on Tuesday Mottaki as saying that reports on Iranian nuclear chief Ali Akbar Salehi's earlier statement on "new offers" made to Iran by the United States, France and Russia were incorrect and surfaced due to a flawed translation.

Col. Gen. Leonid Ivashov, the president of Russia's Academy of Geopolitical Problems, said Tuesday the United States and Israel could deliver a strike on Iran.

"The agenda includes a strike on Iran which is now very likely on the part of the United States and Israel, but much will depend on the positions of Russia and China," he told journalists.