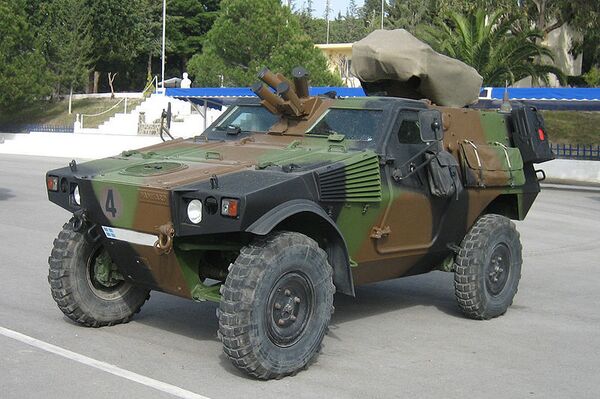 Kommersant reported that Russia's Interior Ministry was following the example of the Defense Ministry, which is considering whether to buy a $600-750 million Mistral-class amphibious assault ship from France. Buying arms and military equipment abroad is unusual for Russia, traditionally proud of its own weapons and military equipment.

While experts say Russia already has domestically-made armored vehicles of the same class, Panhard chief executive Christian Mons said the Russian police are interested in the VBL vehicles' enhanced characteristics, including its maneuverability.

VBL vehicles cost on average 250,000 euros ($340,000). They are considered outdated by France's armed forces and police and are being replaced with PVP vehicles, Kommersant reported.