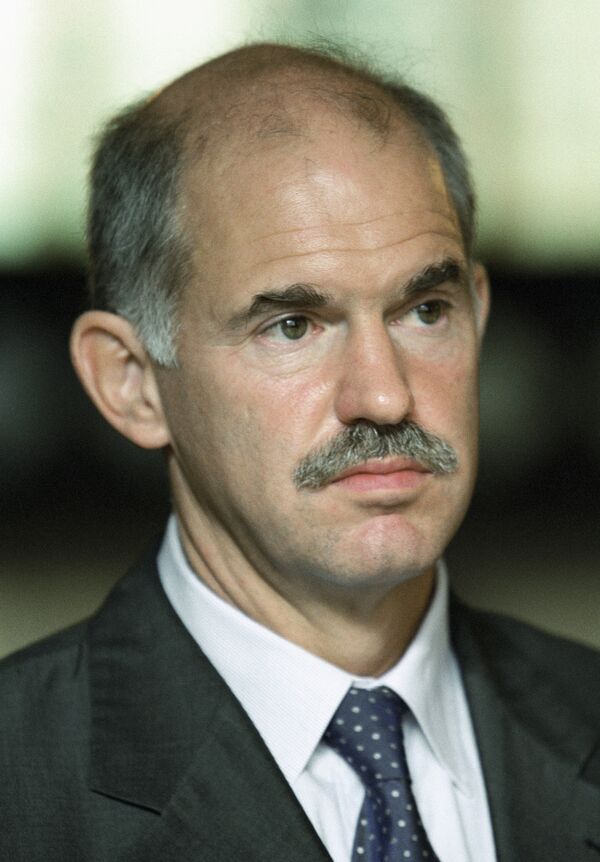 Greek Prime Minister George Papandreou said on Monday the construction of the Burgas-Alexandroupolis oil pipeline project could start in six months, dropping his doubts about the project.

Greek Prime Minister George Papandreou said on Monday the construction of the Burgas-Alexandroupolis oil pipeline project could start in six months, dropping his doubts about the project.

In the fall of 2009, Papandreou said on the eve of parliamentary elections that he supported the project but would seek better terms if he became premier, primarily those concerning environmental protection.

The Greek premier told RIA Novosti the necessary procedures, "including studies on the environmental impact and the Passage Agreement should be finalized within the next six months."

"Construction will begin immediately after that," he added.

Burgas-Alexandroupolis is a project between Russia, Greece and Bulgaria to pump Russian and Caspian oil from the Bulgarian Black Sea port of Burgas to the Greek Aegean port of Alexandropoulis. The three countries signed an agreement to build the 280-km (174-mile) Trans-Balkan pipeline in 2007, following several years of talks.

Papandreou's latest statement comes as he heads to Russia on Monday for a two-day working visit to discuss issues of bilateral cooperation, including joint energy projects.

Greece has also joined the South Stream gas project, which is a part of Russia's efforts to cut dependence on traditional transit nations while circumventing the need for the EU-backed Nabucco, which would bypass Russia. It is scheduled to be completed by 2015.

Papandreou said "the process of setting up a Greek-Russian company to build the Greek section" of the pipeline "is almost complete, as is the feasibility study."

He added "Greece is working with all our European partners affected by the pipeline to ensure that South Stream is incorporated into the EU's Trans European Networks."

Greece's soaring debt, which caused an economic crisis for the country, placed the largest strain to date on the Euro-nation. The country has pledged to get its budget deficit, which has reached almost 13% of its GDP, back below to the nominal EU maximum of 3% by the end of 2012.

During an extraordinary summit last week, the European Union expressed political support to Greece, but did not promise any financial assistance to the Balkan state.

"Greece has not approached the international community or the European Union for economic assistance. Greece is committed to and capable of solving this problem on its own," he said.

"What we would like to see, and what we are now seeing to a greater extent, is the political support of European nations and their unwavering commitment to our union," he added.