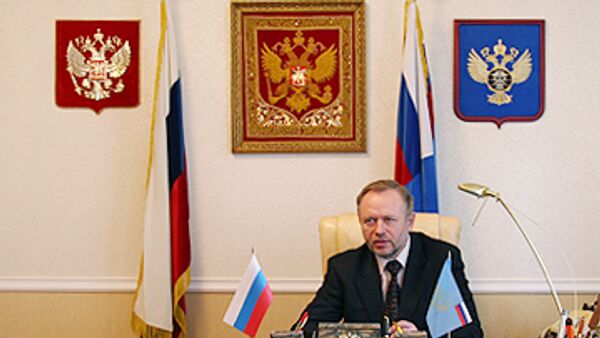 Subscribe
Russia is resolving the technical problems which have delayed the delivery of advanced S-300 air defense systems to Iran, a Russian defense industry official said on Monday.

Russia is resolving the technical problems which have delayed the delivery of advanced S-300 air defense systems to Iran, a Russian defense industry official said on Monday.

"A few technical faults have been detected in the radio-frequency band [command and control system]. We are currently fixing them," first deputy director of the Federal Service for Military and Technical Cooperation Alexander Fomin said.