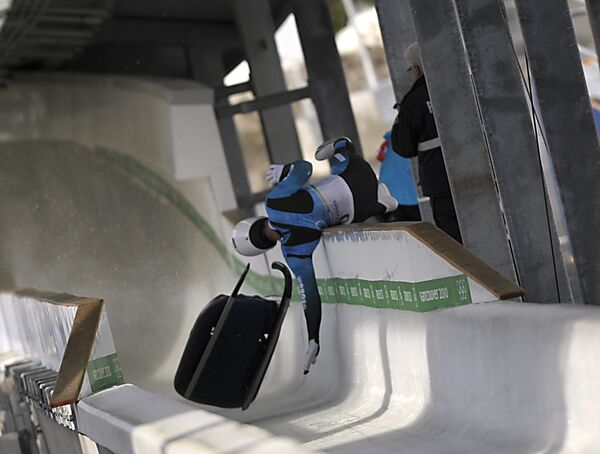 © AFP Vancouver
/
Go to the photo bank
Subscribe
The death of a Georgian luger on Friday hours before the start of the 2010 Winter Olympic Games in Vancouver is "the gravest thing in sport."

The death of a Georgian luger on Friday hours before the start of the 2010 Winter Olympic Games in Vancouver is "the gravest thing in sport," the head of the International Luge Federation (FIL) said.

Nodar Kumaritashvili died at Whistler Sliding Center after a crash during a practice session on Friday.

"This is a terrible accident. This is the gravest thing that can happen in sport, and our thoughts and those of the 'luge family', are naturally with those touched by this event," FIL President Josef Fendt said.

Jacques Rogge, the president of the International Olympic Committee, called the death a tragedy overcasting the 2010 Winter Olympics.

"Our first thoughts are with the family, friends and colleagues of the athlete. The whole Olympic family is struck by this tragedy, which clearly casts a shadow over these Games," Rogge said in a statement.

Kumaritashvili, 21, lost control of his sled during his second training run on the track and flipped over the side, crashing into a steel pole. He was taken to hospital but doctors were unable to save his life.

A Georgian delegation member said following the tragedy that Georgia could withdraw from the Games but Rogge said the decision has not been made yet.

Several other lugers crashed at the site on Friday during training, which has seen speeds in excess of 90 mph.

The Olympic luge track in Whistler is considered to be one of the world's fastest and has already raised safety concerns among sports officials.