Vancouver in suspense: hours before the Olympics 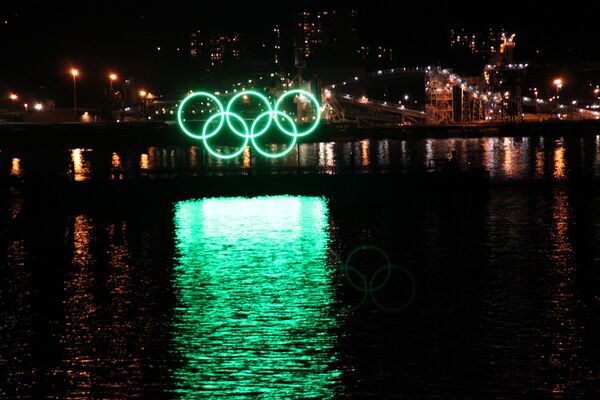 © RIA Novosti . Sergei Averyanov
Subscribe
The Winter Olympics will open in Vancouver late on Friday night and for the next two weeks the whole world's attention will be riveted on the Canadian city.

The Winter Olympics will open in Vancouver late on Friday night and for the next two weeks the whole world's attention will be riveted on the Canadian city.

The sports world is waiting in suspense. Overly ambitious expectations are bound to bring bitter disappointment; a wise approach to the Games would help one take any result with reserve.

The Russian ice hockey team is probably facing the biggest challenge, as are the biathlon team, speed skater Ivan Skobrev and figure skater Yevgeny Plushchenko. Russians expect them to win no less than gold, and any other result will be an enormous blow.

The hockey team, which has not won an Olympic medal since 1992 (although in Albertville it played without a national flag or an anthem, as a CIS team), was praised as an indisputable prize-winner and even a candidate for the gold. This is not the best starting position. The Vancouver games will be the fourth attended by the best NHL teams. The Czech team was considered a clear front-runner before the 2002 Games in Salt Lake City, after it had won three world championships in a row. But the team dropped out without even making it into the semi-final. Canada, named a likely champion of the 2006 Turin Olympics, didn't make it to the finals either.

Incidentally, Canada is a frontrunner again this year, on a par with Russia. Canadian hockey fans are dreaming of a final match between the Russian and Canadian teams, keeping in mind their performance in the latest world championships and Russian victories. They are ready to forget all other medals, just as long as they win the hockey gold.

Canadians, by the way, love Russian hockey players, who are currently among the best NHL players, including Alexander Ovechkin, an uncontested NHL star of the past two seasons; Ilya Kovalchuk, whose recent transfer to Jersey was such a high-profile event; Yevgeny Malkin, the most valuable player of the last year's Stanley Cup; and Yevgeny Nabokov, NHL's best European goalkeeper. Oh yes, Canadians do love them, but they fear them too, and will view them as their worst enemies for the next two weeks.

The twelve Olympic hockey teams are broken into three groups. Russia's group includes the Czech, Slovak and Latvian teams; Canada's group, the U.S., Swiss and Norwegian teams; and Sweden's group comprises Finland, Belarus and Germany. With no unexpected turns, Russia and Canada should meet in the finals. However, one should bear in mind that a rare Olympic hockey tournament passes without surprises. In Turin, for example, the Russian and Canadian teams played in a quarter-final.

Russia's biathlon team has inspired great confidence after the latest World Cup. In any case, international analysts cite the Russian team as a front-runner, and predict that they could win no less than six medals, half of them gold.

No other Russian speed skater has recently started a season as successfully as Ivan Skobrev. He defeated Norway's Haavard Bokko, a many-time European and World prize-winner, in the last three qualifying stages at the latest World Cup. In Calgary, he was second only to Dutch skater Sven Kramer in the 5 km race. He won the European bronze medal, which is probably not a big deal; however, the last time a Russian speed skater climbed onto a victory pedestal was eight years ago.

Skobrev has improved his results greatly since he began practicing with Maurizio Marchetto's group. Isn't this a paradoxical change, an Italian coach becoming one of the most influential coaches in speed skating? Marchetto believes that his Russian trainee stands a good chance of winning an Olympic medal, at least a bronze one.

The pre-Olympic suspense also involves another important but unexpected name. Yevgeny Plushchenko, whose triumphant return has brought him a European Championship gold, will compete in the upcoming Olympics, despite the doubts and sneers of his amazed rivals.