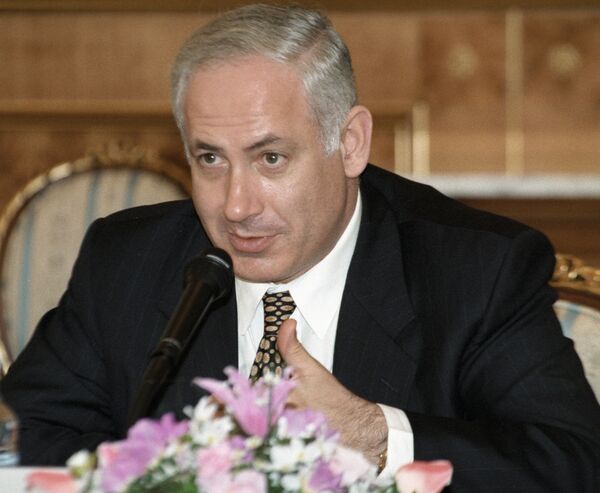 /
Go to the mediabank
Subscribe
International
India
Africa
Israeli Prime Minister Binyamin Netanyahu has called on the international community to impose "crippling" sanctions on Iran to force the Islamic republic to scrap its controversial nuclear program.

Israeli Prime Minister Binyamin Netanyahu has called on the international community to impose "crippling" sanctions on Iran to force the Islamic republic to scrap its controversial nuclear program.

The Islamic Republic started production of 20%-enriched uranium, which the Iranian authorities say is intended for a research reactor in Tehran, on Tuesday.

"Iran is racing forward to produce nuclear weapons ... I believe that what is required right now is tough action by the international community," Netanyahu told European diplomats on Tuesday.

"This means not moderate sanctions, or watered-down sanctions. This means crippling sanctions and these sanctions must be applied right now," he added.

Under a plan drawn up by the International Atomic Energy Agency last October, the Islamic Republic was to ship out its low-enriched uranium to Russia for further enrichment and subsequently send it to France where it would be made into fuel rods.

The proposal was approved by the six international powers negotiating with Iran over its nuclear program, but Tehran stalled the plan, suggesting it could consider a simultaneous swap of its low-enriched uranium for 20%-enriched uranium, but that the exchange should be simultaneous and would have to take place on its own territory.

On Tuesday, Iranian Foreign Ministry spokesman Ramin Mihmanparast said production of 20%-enriched uranium does not mean the end of a possible fuel swap scheme, which can be accepted "once our adversaries [Western powers] are ready to recognize our rights."

U.S. President Barack Obama said on Tuesday Washington and its allies were preparing new "significant" sanctions against Iran over its nuclear activities, while Russia said the new enrichment activity cast doubt on Iran's claims that its nuclear program was of a purely peaceful nature.