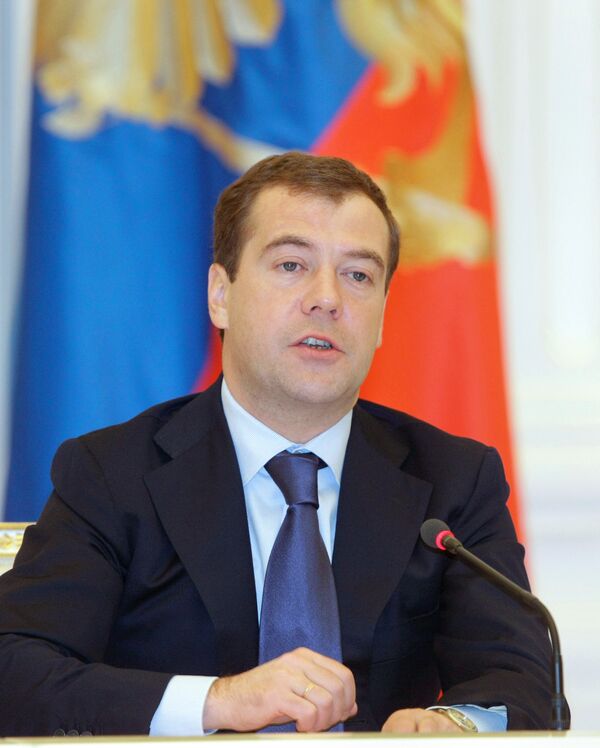 © RIA Novosti
/
Go to the photo bank
Subscribe
Russia on Tuesday congratulated Viktor Yanukovich on his victory in Ukraine's presidential election, saying that it hoped for better ties with his government.

Russia on Tuesday congratulated Viktor Yanukovich on his victory in Ukraine's presidential election, saying that it hoped for better ties with his government.

"We hope that relations with the new Ukrainian government will be positive and efficient," the Russian Foreign Ministry said in a statement.

"Medvedev has congratulated Yanukovych on the completion of the election campaign, which was given a high assessment by international observers, and his victory in the presidential election," the Kremlin said in a statement.

The Ukrainian Central Election Commission has not officially announced the results of the election, but 99.95% of ballots counted, opposition leader Yanukovych has an insurmountable 3.47% lead over his opponent, Prime Minister Yulia Tymoshenko.

Tymoshenko has not conceded defeat, however, and her camp signaled they would contest the outcome of the polls.

The Kremlin was quick to congratulate Yanukovych in 2004, when initial results gave him victory over Viktor Yushchenko in an election that international observers declared flawed.

Demands for a recount triggered the "Orange Revolution," led by Yushchenko and Tymoshenko, which forced a rerun of the second round of the election that was won by Yushchenko.