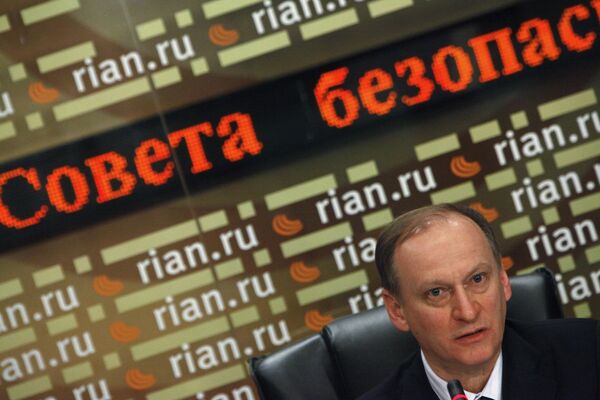 Russia will not send troops to help NATO forces counter Taliban insurgency in Afghanistan, where it fought in 1979-1989, the country's top security official said on Tuesday.

Russia will not send troops to help NATO forces counter Taliban insurgency in Afghanistan, where it fought in 1979-1989, the country's top security official said on Tuesday.

"We are strongly opposed to our military's role in operations in Afghanistan," Security Council Secretary Nikolai Patrushev said responding to media reports on NATO suggesting Russia contribute personnel to the Afghan campaign.

NATO Secretary General Anders Fogh Rasmussen said on Sunday he did not rule out the possibility for Russia to join the alliance's operation in Afghanistan as it shares the bloc's security concerns.

Rasmussen told a security conference in Munich that Russia would find it hard to fight the spread of drugs produced in Afghanistan, if the southwestern country turned into a refuge for terrorists again.

"A key to the Afghan problem lies in the political rather than military domain," Patrushev said echoing Russian leaders' repeated statements that Moscow would never sent troops into Afghanistan from where Soviet forces pulled out in 1989 after suffering humiliating losses from Islamic insurgents.

But Patrushev reaffirmed Russia's commitments to help the alliance in other ways.

Russia has allowed land transits of non-lethal NATO supplies to Afghanistan and promised more assistance in the bloc's operations in the war-torn country by expanding transits, supplying helicopters and training Afghan security forces.

The Western military bloc froze ties with Russia after its armed conflict with Georgia in 2008, but they have since resumed formal contacts.