Priest-actor suspended from Russian clergy over role in Tsar 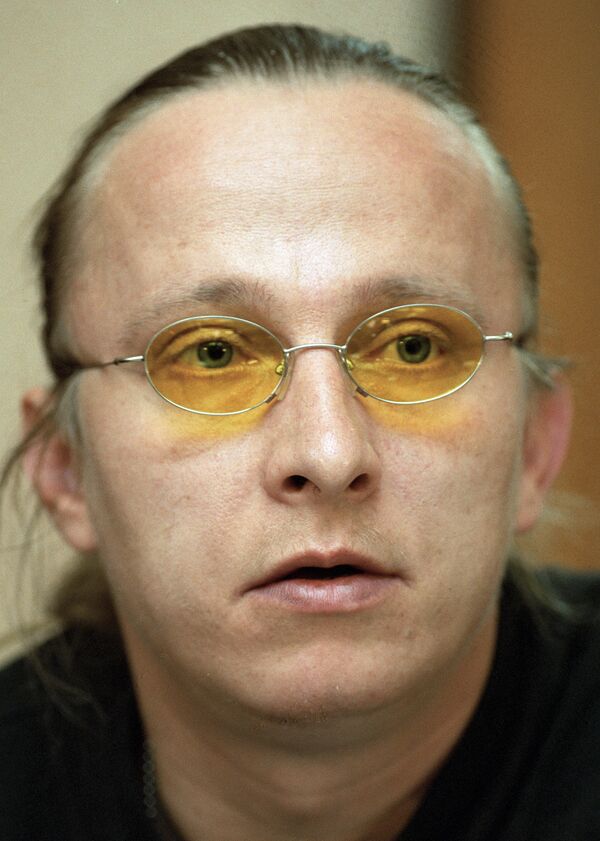 © RIA Novosti . Dmitry Korobeinikov
/
Go to the mediabank
Subscribe
International
India
Africa
The head of the Russian Orthodox Church has suspended the priesthood of Ivan Okhlobystin at the request of the occasional actor and celebrity, the Moscow Patriarchy said on its website on Monday.

The head of the Russian Orthodox Church has suspended the priesthood of Ivan Okhlobystin at the request of the occasional actor and celebrity, the Moscow Patriarchy said on its website on Monday.

Okhlobystin was accused of "upsetting believers and diminishing his church rank" with his depiction of a jester in Tsar, a movie about Ivan the Terrible released last year.

He made the request in November amid criticism from clerics and the general public, saying he was experiencing an identity crisis.

"Our society, including its church community, has deep respect for the contribution actors make to our cultural life, but one has to observe church rules that say priesthood and acting do not go together," Patriarch Kirill said in a statement posted on the website.

Patriarch Kirill praised the cleric's request as "spiritual quest," and said the suspension may be lifted if he makes a "final and clear choice in favor of priesthood."

Okhlobystin stands out among clergy in the mainly conservative Russian Orthodox Church. He wears baseball caps and designer sunglasses, his arms are covered in tattoos and his fingers are laden with ostentatious rings.

He gave up acting after being ordained in 2001, but was given special dispensation in 2007 by the then-patriarch, Alexy II, to play Grigory Rasputin, the infamous Siberian mystic and healer who had immense influence on the family of the last Russian tsar.

His role in the TV movie Zagovor (Conspiracy) marked a first for a member of the Russian clergy, and he followed it up with parts in the television series Shalnoy Angel (Accidental Angel), movie Figa.ro and Pavel Lungin's Tsar last year.

The head of the Patriarchy's press service said on Monday he hoped Okhlobystin would not leave the priesthood for good and would find a way to marry his talents with pastoral service that would not come in conflict with church traditions.

"He has a lot of gifts which he might combine with his pastoral service. In particular, he is a very good writer and recently had his new book published," father Vladimir Vigilyansky said.