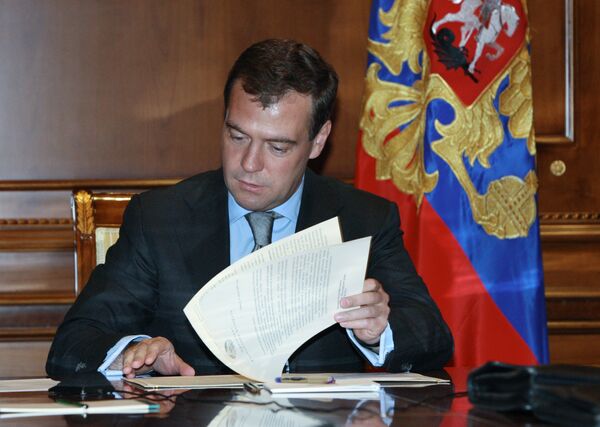 "The president informed the members of Russia's Security Council on Friday that he has approved two documents - the military doctrine and the Fundamentals of the state policy on nuclear deterrence until 2020," said presidential press secretary Natalia Timakova.

According to Russian officials, the adjustment of the country's military doctrine was prompted by real threats and challenges faced by Russia.

Under the new doctrine, Russia will continue developing and modernizing its nuclear triad, increasing its capability to overcome missile defenses of a potential enemy.

The new military doctrine also aims to transform the Armed Forces into a more effective and mobile military force. Their structures will be "optimized" through the use of combined arms units performing similar tasks.

Russia's military expenditure has of late been steadily growing, and the country reportedly plans to increase the current defense budget of $40 billion by 50% in the next three years.