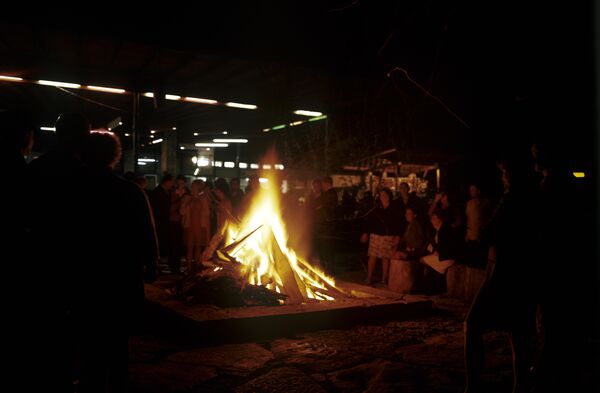 A devil-worshipping cult encouraged its members to join the police force in a bid to extend its influence, a court in the central Russian republic of Mordoviya heard on Friday.

A devil-worshipping cult encouraged its members to join the police force in a bid to extend its influence, a court in the central Russian republic of Mordoviya heard on Friday.

Investigators say that the Saransk-based Nobilis Ordo Diaboli group recruited young people from across the region between 2003 and 2009. The cult's founding members, 24-year-old Belarus national Alexander Kazakov and 23-year-old local Denis Danishin, face a number of charges, ranging from the sexual abuse of minors to battery.

The cult's attempts to infiltrate the police are believed to have ended in failure, with at least one member rejected due to his "strange tendencies." An article on the newsru.com website regretted that the Russian police force, whose officers have been charged with crimes ranging from burning suspects alive to beheading in the last 18 months or so, were not always so effective in weeding out sadistic applicants.

Investigation surveillance footage aired by Russia's Channel 5 showed one cult member boasting that he could "kill someone without him even knowing of what he died of." Other scenes showed youths in darkened rooms stripping and chanting.

Russia takes the threat of Satanist groups, which mushroomed after the collapse of the Soviet Union, extremely seriously. In 2008, Interior Ministry experts announced that Satanism was a greater threat to the country's national security than Islamic radicalism.

Sects and bizarre religious beliefs have a long tradition in Russia, ranging from the 18th century self-flagellating Khlysty to the Skoptsy, who castrated themselves and others in other to avoid sexual temptation.

More recently, in November 2007, 35 members of a doomsday group holed up in an underground dugout in central Russia's Penza Region to await the end of the world. Two of the group died and the rest emerged the following spring when the promised apocalypse failed to materialize.