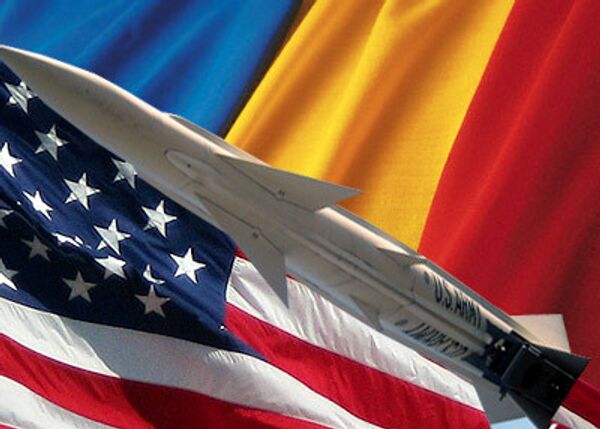 Romanian President Traian Basescu said on Thursday his country was ready to host U.S. medium-range interceptor missiles to counter a potential ballistic missile attack, but stressed that they would not be directed at Russia.

"We are talking about the placement of the land-based Aegis system in Romania by 2015 which uses the new Standard Missile interceptor, SM-3. This weaponry, without a doubt, could significantly reduce Russia's deterrent capability," said Col. (Ret.) Igor Korotchenko, editor-in-chief of the National Defense magazine.

He said SM-3 missiles would be able to intercept Russian ballistic missiles shortly after launch and on their initial flight trajectory.

"Russia must warn Romania that if the elements of the U.S. missile shield are placed in the country they will become a target of Russia's preventive missile strikes," Korotchenko said.

However, Washington has announced a new scheme for a more flexible system, with a combination of land- and sea-based interceptors, to be deployed in Central Europe by 2015.

Warsaw and Prague have already expressed their support of the revamped U.S. strategy.

Korotchenko said that with ship-based SM-3s in the North, Black and Mediterranean seas, and mobile land-based SM-3s in Central Europe the western borders of Russia would be surrounded by U.S. missile interceptors by 2015.