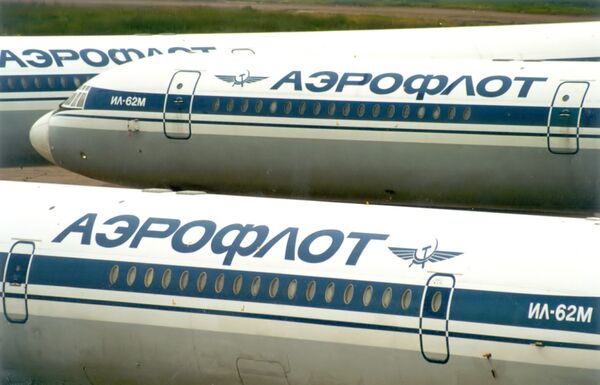 Russia's plans to integrate six smaller airlines into the country's flagship carrier Aeroflot is aimed at improving air safety and modernizing the domestic air fleet, but was likely to create one more monopolist, an expert said on Wednesday.

Russia's plans to integrate six smaller airlines into the country's flagship carrier Aeroflot is aimed at improving air safety and modernizing the domestic air fleet, but was likely to create one more monopolist, an expert said on Wednesday.

Russian Prime Minister Vladimir Putin agreed on Tuesday with proposals to merge the airlines, currently under the control of state-owned hi-tech corporation Russian Technologies, into Aeroflot. Before the merger, the Rossiya air company, the largest of the six, will have to be privatized.

Boris Shmelyov, head of the Center for Political Studies at the Russian Academy of Sciences' Economy Institute, welcomed the government's decision, saying the move would help Russia solve a large number of problems on the domestic air carrier market.

"After the breakup of the Soviet Union, a host of small airlines emerged," he said. "But life has shown that these companies are weak, noncompetitive and unable to ensure a high level of operations."

Shmelyov said the biggest problem of the small carriers, known in 1990s as "babyflots" was to provide for the repair and maintenance of aircraft.

The decline of air safety in the post-Soviet years has led to dozens of major air crashes which have claimed thousands of life. A series of recent checks have shown that small companies tend to save on quality spare parts and maintenance work creating additional risks.

The decision to merge Aeroflot with six smaller companies contradicted previous plans by the government to consolidate small regional air carriers into a large state-owned company Rosavia to create a competitor for Aeroflot.

The plans emerged after dozens of small regional airlines, burdened with heavy debts and hit by ineffective management, failed to provide quality services, canceling flights and leaving passengers stranded at airports without any compensation.

Tuesday's move will increase Aeroflot's domestic market share from 15-20% to 30-35%. Critics argue that the decision could turn Aeroflot, the sole air carrier during the Soviet period, into a monopoly on the domestic market and make it less competitive.

Shmelyov said the concentration of the market in these conditions was a natural process as three to four big air companies instead of dozens of small airlines would be enough to deal with international and domestic demand.

"To avoid collusion, there is the anti-trust body to keep an eye on this process. I believe that Aeroflot's enlargement is a normal and natural process in line with current trends and the logic of economic development," Shmelyov said.