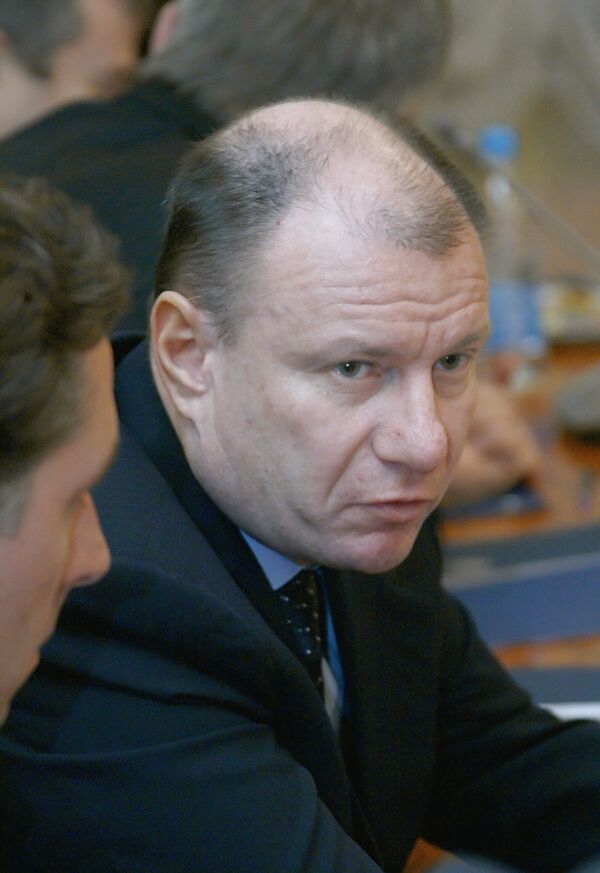 Large inheritances can kill heirs, Russian tycoon Vladimir Potanin, who announced plans to hand his entire fortune to charity when he dies to follow the footsteps of U.S. multibillionaire Bill Gates, said on Tuesday.

"A million [dollars] handed over from inheritance helps a person to receive a good education, find employment without haste and find himself. A transferred billion [dollars] kills him and deprives him of the sense of life," Potanin said.

In an interview with The Financial Times published on Monday, Potanin whose wealth is estimated at $2.1 billion, said he planned to transfer his entire fortune to a special fund rather than pass it on to his children.

Potanin, who has a daughter and two sons, said, however, he had not made up his mind yet on specific charitable projects.

"The money-earning goal has changed for me. Now this is charity. I am still to decide, in which form and to which organization my capital will be transferred," he said.

Potanin, who made his fortune during the loans-for-shares auctions in the mid-1990s when Russia's cash-strapped government sold the country's biggest industrial assets for a song, was one of the first Russian oligarchs to engage in charity in the 2000s.

Potanin intends to increase annual donations, including for grants and scholarships to students, from $10 mln to $25 mln in the next 10 years.