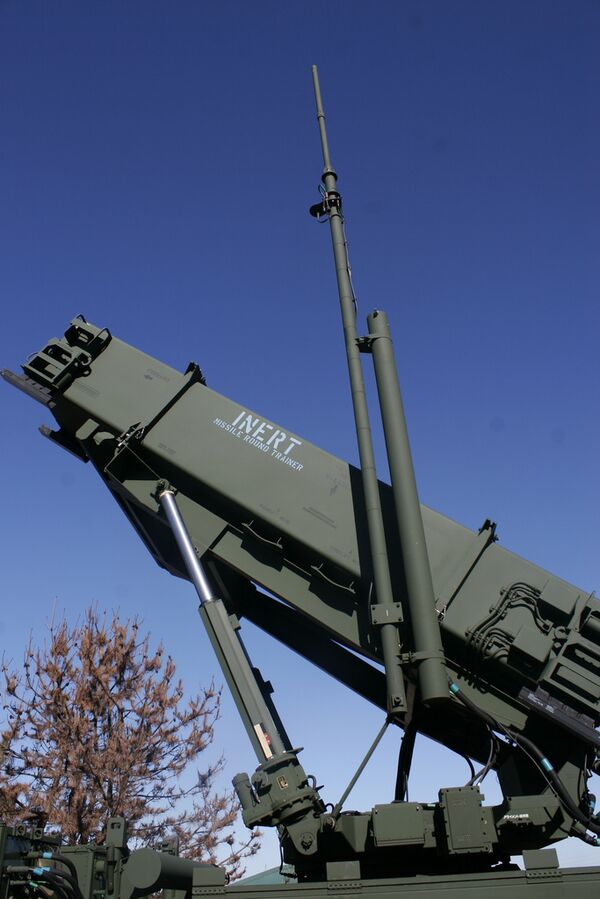 © Flickr / delta16v
Subscribe
Washington will deploy Patriot missiles in the Gulf region as a balancing force in the troubled region, the Guardian daily said on Monday.

Washington will deploy Patriot missiles in the Gulf region as a balancing force in the troubled region, the Guardian daily said on Monday.

The United States raised arms sales to some Gulf states, such as Qatar, the United Arab Emirates, Bahrain and Kuwait, and deployed warships capable of shooting down missiles.

U.S. officials say the decision was intended to deter both possible attacks by Iran and to discourage Israel from striking Iran.

"Our first goal is to deter the Iranians. A second is to reassure the Arab states, so they don't feel they have to go nuclear themselves. But there is certainly an element of calming the Israelis as well," the Guardian cited an unnamed senior administration official.

The United States will deploy two batteries of air defense Patriots in each of the four Gulf countries. Kuwait, Saudi Arabia and Israel already have older versions of Patriots.

The chief of the U.S. central command, General David Petraeus, said the region is concerned about Tehran's military ambitions and the prospect of it becoming a dominant power in the Gulf. "Iran is clearly seen as a very serious threat by those on the other side of the Gulf front," he said.

The move comes after Obama's failure to persuade Tehran to open its nuclear installations to international controls, despite the U.S. president's attempts to emphasize diplomacy over confrontation in dealing with Iran.

The White House is also drawing an agreement for sanctions towards Iran's Revolutionary Guard, which is allegedly in charge of the country's atomic program.

The deployment was not announced officially; however, the information was leaked to U.S. media.

Russia and China are still pressuring for a diplomatic solution.

Last year Tehran, annoyed by Russia dragging its feet on delivering S-300 surface-to-air missiles under a 2005 contract, said it was capable of producing their clones.

The UAE and Saudi Arabia have bought more than $25 billion of U.S. arms in the past two years when Abu Dhabi has bought $17 billion of U.S. weapons since 2008, including Patriot anti-missile systems, and the UAE recently bought 80 F-16 jets and is buying fighters from France.