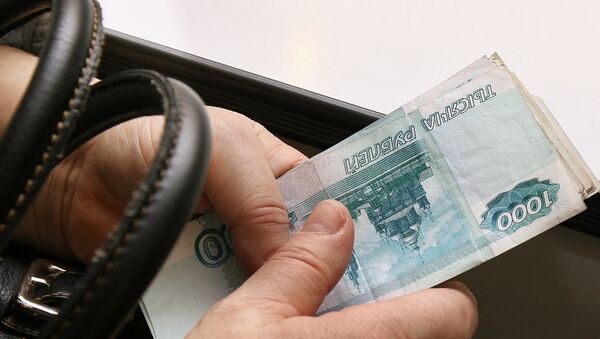 Ella Pamfilova, the head of Russia's Civil Society Institution and Human Rights Council, said after the meeting of a working group within the Russian-U.S. presidential commission that under the deal Transparency International agreed "to jointly monitor corruption in Russia and in the United States and to develop universal corruption evaluation criteria."

"There was no agreement between Transparency International and Russian negotiators," the organization's Media and Public Relations Manager Gypsy Guillen Kaiser said in a letter to RIA Novosti. However, she admits that NGOs participating in the meeting agreed to collaborate and share information on ways to research, tackle and monitor corruption in their respective countries.

"There was no agreement to develop universal corruption evaluation criteria within six months," she added. "NGOs present agreed to exchange views on ways to research corruption and methods for monitoring implementation of anti-corruption plans."

Kaiser said Transparency International was represented at the meeting at a working level only.

"No top representative of Transparency International was present at the meeting," she said.

Kaiser also refuted remarks by a source in the Russian delegation. The source suggested to RIA Novosti that Russia's score on the Corruption Perceptions Index (CPI) was dependent on the state of bilateral relations between Russia and other countries.

"The CPI is a composite index, based on expert and business surveys carried out by a minimum of three independent and reputable institutions," she said.