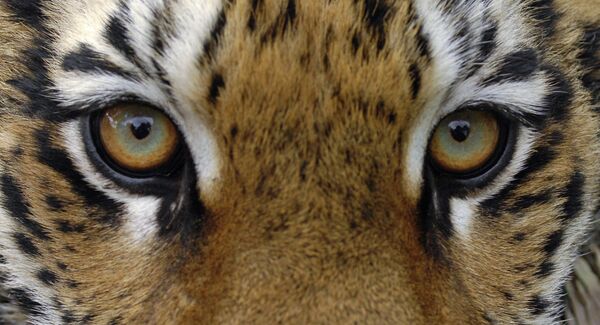 Russian Prime Minister Vladimir Putin signed on Tuesday a resolution to hold the forum in Vladivostok, in the country's Far East, on September 9-12. Putin was given an Ussuri tiger on his 56th birthday in 2008.

"At today's meeting... ministers from 13 'tiger' countries adopted a declaration of the first ministerial conference on tiger conservation saying that they approve and appreciate Russia's invitation to attend a summit on tiger conservation at the level of heads of state in Vladivostok in September 2010," WWF Russia said in a statement.

Environmentalists raised alarm over tiger numbers plummeting to 4,000 from 100,000 over the past century. The destruction of tiger habitats and poaching in densely-populated areas where the animals pose a threat to people has been major reasons for this.

Siberian tigers, also known as Amur tigers, are classed as endangered by the World Conservation Union, with only about 500 tigers left in Russia's wild. Since 2006, poachers have killed at least 10 of the rare animals in Russia's Far East.

However, Russia is the only country to have seen tiger numbers rise since the middle of the 20th century and remain stable over the past ten years.

The Russian government earlier said the Ussuri tiger could become the mascot of the Asia-Pacific Economic Cooperation (APEC) summit to be held in Vladivostok in 2012.

On February 2, RIA Novosti will host in Moscow a news conference to sum up the results of an Asian ministerial conference on tiger conservation efforts in Thailand and make the announcement of a tiger campaign to be held in southwest Moscow's Vorobyevy Gory.